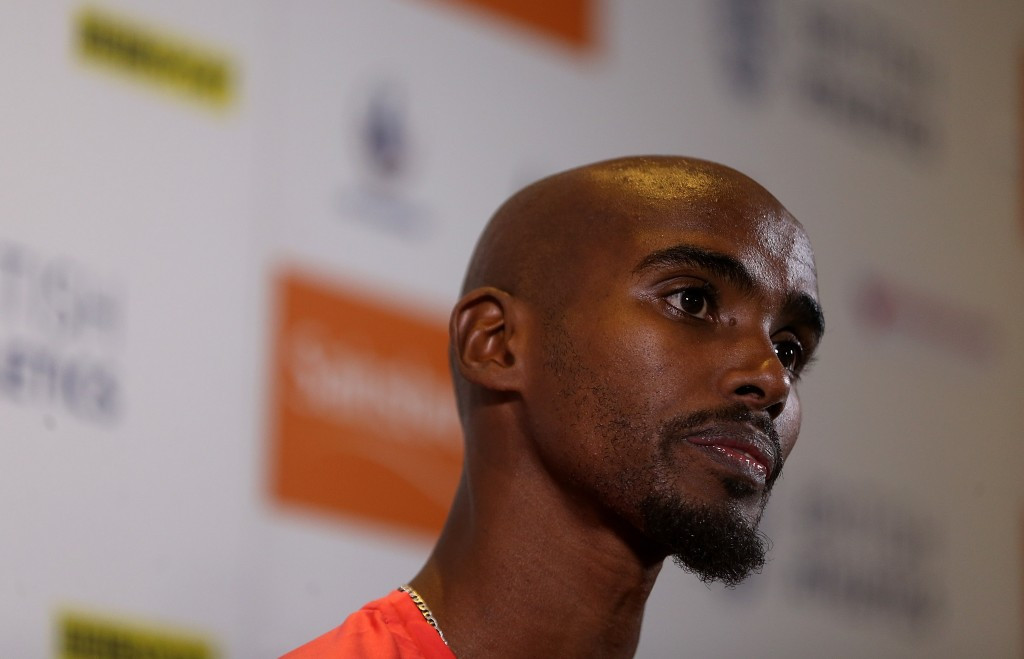 Mo Farah has expressed his sympathy for any clean Russian track and field athletes who may have been caught up in the International Association of Athletics Federations (IAAF) ban confirmed earlier this week - but he added that if National Federations are responsible for doping irregularities, they have to pay a price.

The 33-year-old US-based Londoner - who came under heavy media pressure himself last year following a BBC Panorama documentary which made allegations of doping offences against his coach in Oregon, Alberto Salazar - commented in a press conference ahead of his 5,000m race at the IAAF Diamond League meeting in London.

“I do feel bad for the athletes who haven’t done anything wrong, who haven’t crossed the line," he said.

“Last year you [the media] put me through hell when I hadn’t done anything.

“But at the same time if it is a country, a nation that is responsible…

“It’s not my job to comment on this, but I want to be running against fair athletes.”

No allegations were made in the documentary against Farah, who expressed his anger at a press conference in Birmingham on June 6 last year, saying his name was being “dragged through the mud” before withdrawing from his 1500m Diamond League race the next day.

Farah returned to Oregon to speak to Salazar about the allegations, and was satisfied with the answers given by the coach - against whom no action has been taken.

Tomorrow’s 5,000m - the concluding event of the two-day Muller Anniversary Games in the London 2012 stadium that is already festooned with the livery of new tenants West Ham United - will be Farah’s last before he seeks to defend his titles in Rio.

“I haven’t been satisfied with any of my races so far this year, although Birmingham was okay where I beat the British 3,000m record," he said.

“The rest have been sort of average - in myself I know I can do better."

Farah admitted he was “very disappointed” by his performance at the IAAF World Half Marathon Championships in Cardiff on March 26, when he finished third in 59min, 59sec.

“I do get nervous thinking about it.

"But it’s important to get this race out of the way, go back to the training camp in Font Romeu and get in a couple of key sessions I still need."