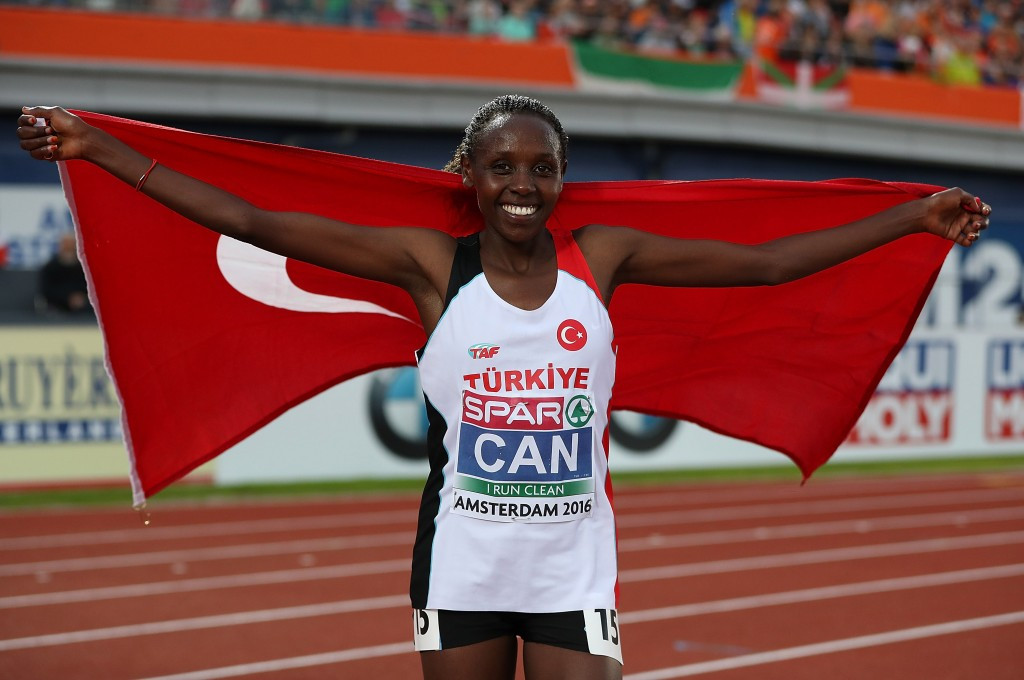 European Athletics is to “look more closely” at the way in which athletes are allowed to transfer allegiance in order to represent new countries in international competition before discussing the matter with the International Association of Athletics Federations (IAAF), President Svein Arne Hansen has announced.

The European Athletics Championships which ended in Amsterdam on Sunday (July 10) saw numerous “allegiance transfer” athletes figuring in the medals, most notably from Turkey, whose team included seven Kenyans, two Jamaicans, one Ethiopian, one Cuban, one South African, one Azerbaijani and one Ukrainian.

The women's 5,000m and 10,000m titles were won by a 19-year-old Kenyan formerly known as Vivian Jemutai, who switched allegiance to Turkey in March this year and became known as Yasemin Can.

Can, who still lives and trains in Kenya, won both titles with relative ease.

The two other Turkish golds were provided by Polat Kemboi Ankan, who won the men’s 10,000m title for the second time since switching from Kenya in 2011, and Yasmani Copello Escobar, a Cuban who became eligible to run for Turkey in 2014 and earned victory in the men's 400m hurdles.

After finishing fourth in the women’s 10,000m on the opening day, Ireland’s Fionnuala McCormack described the way Turkey had assembled its team as an “absolute joke”.

McCormack, twice European Cross Country champion, added: "It's more than frustrating at this stage, I am kind of sick of it really."

When asked what her feelings were that the winner was not European, McCormack added: "There doesn't seem to be anything that can be done about it.

"People have taken such a soft approach.

"I am not just saying this because I came fourth, it's the same in every sport and I don't think people should be able to just hop countries just because they feel like it.”

Turkey was not the only country competing to make use of the opportunity to field “allegiance transfers.”

For instance, Britain’s defending 100m hurdles champion Tiffany Porter, who earned bronze, switched nationality from the United States, while the Swiss winner of the men’s half marathon, Tadesse Abraham, was born in Eritrea.

Hansen acknowledged that the topic had been a controversial one during a Championships he described as “a great success”.

“Here in Amsterdam, many people have been discussing the issue of transfer of allegiance, whereby athletes switch the country for whom they represent in international competitions," he said.

“This is, of course, a matter where the IAAF is the ultimate authority and in my role as an IAAF Council member I will be raising this at our next meeting.

“Firstly, we need to be clear that any athlete who is granted refugee status can be fast-tracked to compete for a new country if appropriate.

"This cannot be questioned.

“However, we in European Athletics believe there is a need to look more closely at the appropriate conditions for a change of nationality and the length of time before eligibility is granted to compete.

“European Athletics - and the other Area Associations - must have a say on this as the attractiveness of our events is impacted.

"Improvements need to be made for the good of our sport.

“We in Europe will be discussing internally and coming to a common position so that we can contribute to the IAAF’s decision-making process.”