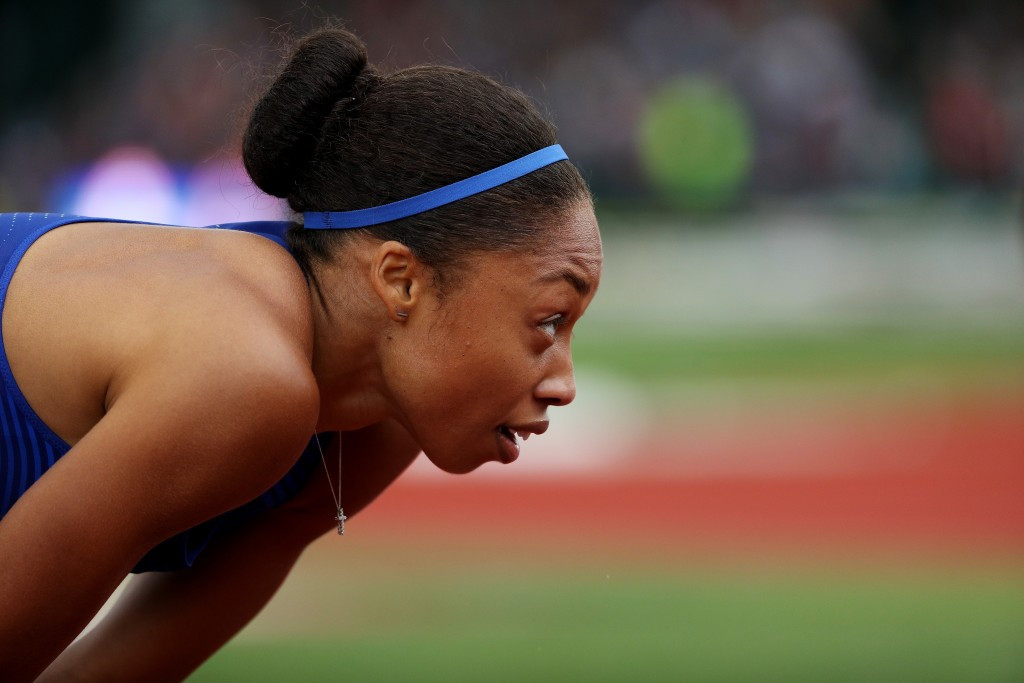 Allyson Felix’s plans to double up over 200/400 metres at next month’s Rio Olympics, already accommodated by an alteration in the athletics programme scheduling, came to naught on the final day of the US Olympic Track and Field trials as she missed the chance to defend her 200m title in Brazil by one place and one hundredth of a second.

The 30-year-old from Los Angeles clocked 22.54sec behind third-placed Jenna Prandini, who recorded 22.53.

It was a mirror image of the disappointment suffered the day before by another US athlete frustrated in their wish to defend a title in Rio - 110m hurdles world record holder Aries Merritt, who also missed out by 0.01sec.

After a race won by Tori Bowie in 22.25 and in which Deajah Stevens came second in 22.30, Felix - who successfully qualified for the 400m in Rio - said: “Honestly, disappointed.

“The whole year, that has been what I have been working for.

“But when I look back and see everything that happened, I still think it’s quite amazing I was able to make the team.”

Felix has run very little this season as she has been recovering from an ankle injury sustained in landing awkwardly on an exercise ball while doing core work.

It was so serious that she said she was unable to walk properly two months ago.

She even had to train running the wrong way around the track to prevent it coming under too much pressure.

For Brenda Martinez, world 800m bronze medallist in 2013, there was the redemption in the 1500m following the pile up in the home straight which put herself and co-favourite Alysia Montano out of contention in the 800m final.

Last year at the International Association of Athletics Federations’ World Championships in Beijing, Molly Huddle missed a medal in the 10,000m as she raised her arms in acclaim at the line and team-mate Emily Infeld dipped to claim bronze.

The fates turned a different way at Hayward Field as Huddle - who won the 10,000m trial on the opening weekend - became the first US woman to double with a victory in the 5,000m trial, in which Infeld missed qualification by one place.

Bershawn Jackson, the 33-year-old Beijing 2008 bronze medallist and former world champion, failed to make the trip as he finished seventh in 49.96.

London 2012 silver medallist Erik Kynard won the men’s high jump with 2.29m ahead of Kyle Landon who cleared 2.26 and Bradley Adkins who managed 2.21.

In the women’s 400m hurdles, Dalilah Muhammed was a convincing winner in 52.88, the fastest time in the world this year, with Ashley Spencer claiming second place in 54.02 and Sydney McLaughlin third in 54.15.