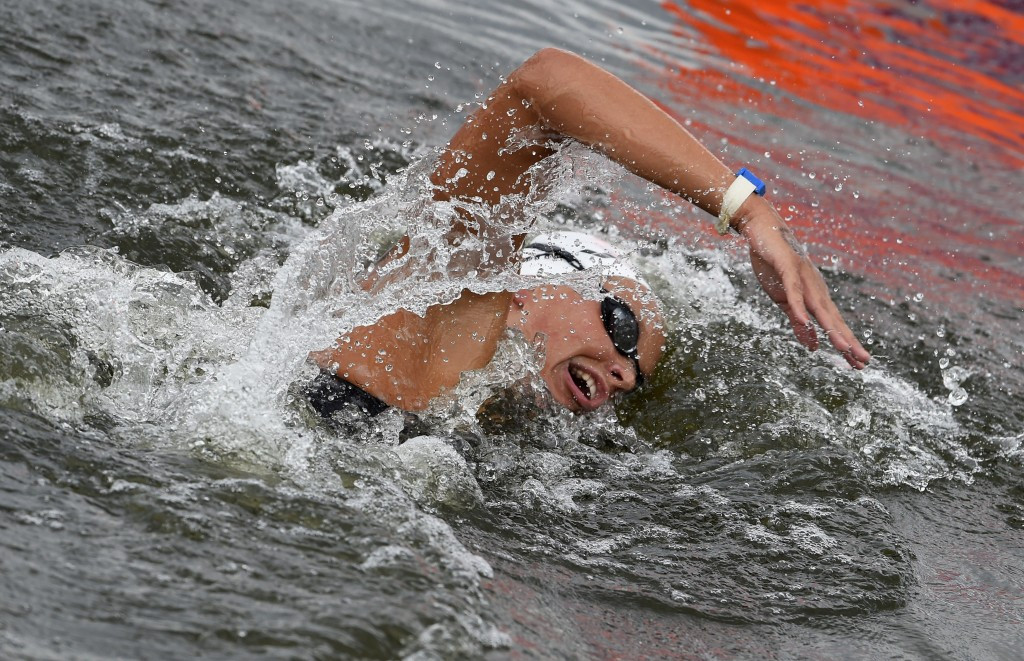 Sharon van Rouwendaal has claimed the European Open Water Swimming Championships will offer a “good chance” to swim against Olympic rivals on the eve of the event getting underway in Hoorn tomorrow.

The Dutch swimmer, winner of the women’s 10 kilometre title in Berlin during 2014, will be looking to defend the crown in front of a home crowd.

It is a very good chance to swim against many other Olympic participants and see where I’m standing in my preparation and where they are standing in theirs,” the 22-year-old told a press conference.

“We have a lot of strong competitors and challengers here.”

The Dutch team will hope for a repeat of the 2014 Championships, where Ferry Weertman won the men's 10km event

Both the men’s and women’s 10km races are due to begin tomorrow, with swimmers looking to test themselves in the Olympic discipline with less than a month until Rio 2016.

After a break from competition on Monday (July 11), action is due to resume with the men’s and women’s 5km time trial events on Tuesday (July 12).

The team event will be contested the following day, with the host nation beginning as the defending champions in the 5km competition.

The meeting is scheduled to conclude on Thursday (July 14), when the men’s and women’s 25km mass start races are contested.