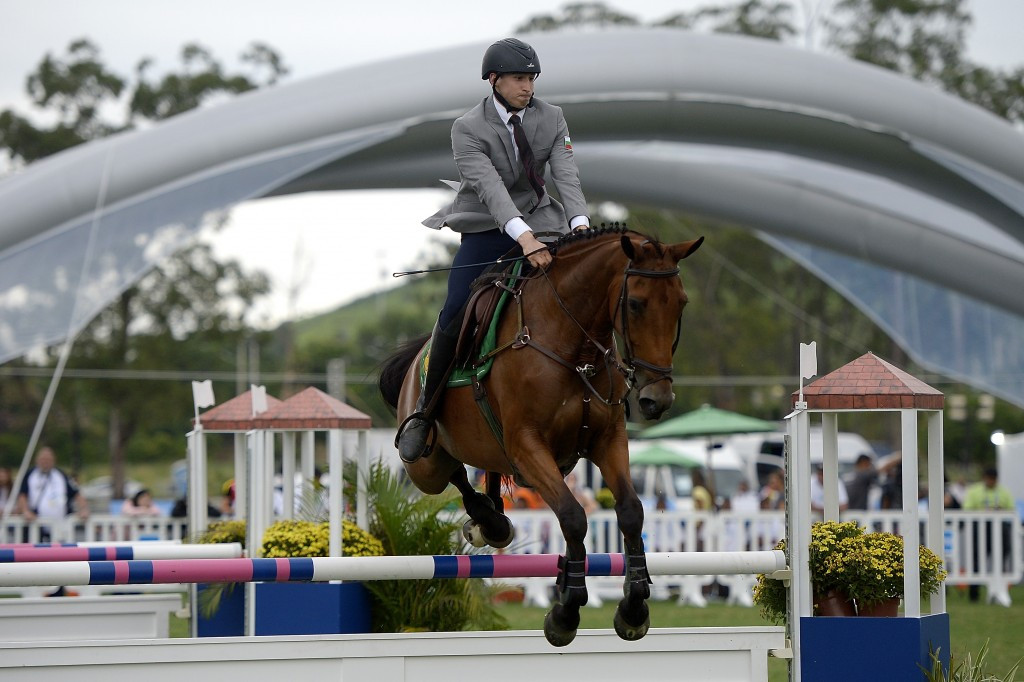 Krastanov, who was placed in qualification Group A, made full use of home conditions as he ended with a total of 1,132 points.

He scored the fourth-highest fencing total with 234 points, achieved after he recorded 16 victories and 10 defeats.

The 22-year-old Bulgarian then put in a disappointing showing in the swimming, languishing down in 24th place, before he recovered superbly with a time of 11min 57.12sec in the combined event.

Krastanov’s time ensured he ended the ranking round at the summit of the leaderboard as it earned him a total of 583 points.

The next best score came in Group B, where 2013 individual world champion Justinas Kinderis of Lithuania, a two-time winner of the European Championships, finished with 1,130 points.

The performance from the 29-year-old included the third-best fencing display on the day as he ended with 17 victories and 10 losses.

Valentin Belaud of France, who won a European Modern Pentathlon Championships relay gold medal in 2013, and Italian Fabio Poddighe were the next best qualifiers as both scored 1,117 points.

Fourth place was sealed by Britain’s James Myatt, whose total of 1,110 points featured the quickest combined event time in Group A.

Myatt completed the course in 11:54.96, over two minutes quicker than home favourite Krastanov.

Kirill Kasyanik of Belarus’ 1,108 points was good enough for the fifth-best qualification score.

The event in Sofia is due to continue tomorrow with the women’s final.