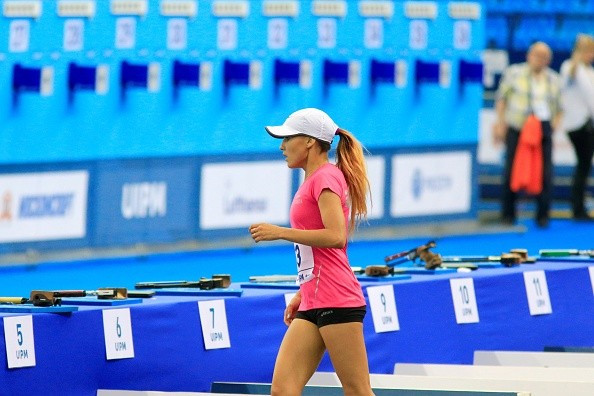 Prampolini, a rising junior star, produced solid performances across all the disciplines to finish on 985 points.

She finished narrowly ahead but on the same points total as Katy French, who joined British team-mates Joanna Muir and Olympic silver medallist Samantha Murray in making it through to the final.

Sarolta Kovaks of Hungary progressed in third place in Group A.

Russia's Gubaydullina won the second group of athletes with 981 points.

It came on the fourth day of the Championships, billed as a final test for top European stars before next month's Olympic Games in Rio de Janeiro.

Men's qualifying is due to take place tomorrow ahead of finals over the weekend.