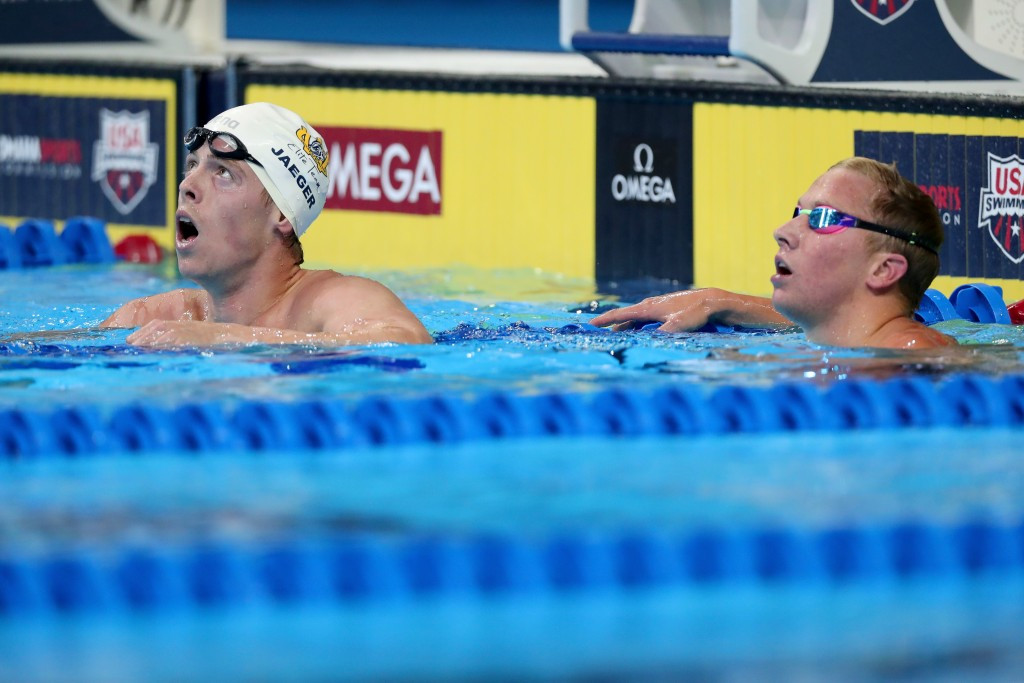 Jordan Wilimovsky became the first American swimmer to qualify for the Olympic Games in both the pool and open water swimming after securing a place in the men’s 1500 metres freestyle at Rio 2016.

The 22-year-old had secured qualification to the 10 kilometres open water event last year, after winning gold in the discipline at the International Swimming Federation (FINA) World Aquatics Championships in Kazan.

Wilimovsky closed on a place in the 1500m event after breaking clear of the main field on the final day of the United States Olympic Trials, at the CenturyLink Center in Omaha, along with Connor Jaeger.

The victory was ultimately claimed by Jaeger in a time of 14min 47.61sec, with Wilimovsky securing the second Olympic spot in the event by touching home in a time of 14:49.19.

Michael McBroom completed the top three, after ending behind the two Olympic qualifiers in a time of 15:06.60.

“Obviously open water has only been around since 2008, so it’s not that old or anything, but I’m sure there that I won’t be the only one to do it.”

“I kind of looked around and Connor was right there, and I was like, oh, he’s probably going to go a good time, so I was trying to stick with him the last 500m.”

Abbey Weitzeil secured her place in the women’s 50m freestyle at Rio 2016, after touching home in a time of 24.28 in the sprint event.

She was followed home by Simone Manuel, who clocked 24.33, with the duo having occupied the same positions in yesterday’s 100m freestyle event.

Madison Kennedy completed the top three positons by finishing in 24.48.