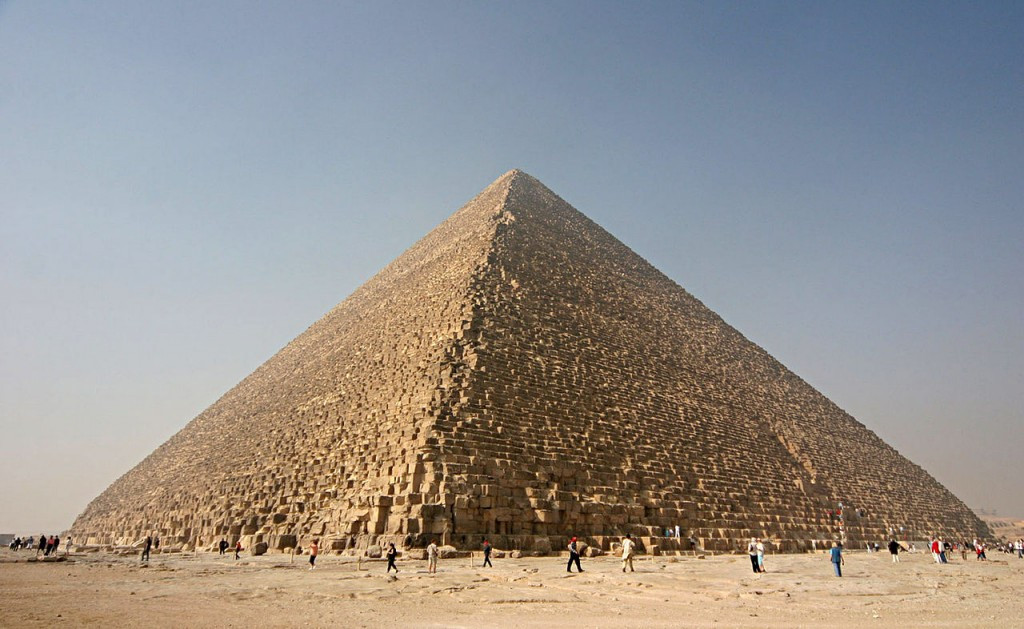 Egypt's Great Pyramid of Giza is set to provide the backdrop for a professional squash tournament for the first time in a decade after it was announced today that the 2016 Al Ahram International will take the sport back to arguably its most iconic location ever in September.

One of the seven wonders of the world, the Great Pyramid of Giza is the oldest and largest of the three pyramids in the Giza pyramid complex bordering what is now the city of El Giza.

The pyramids were the setting for the 2006 World Championship and after an agreement was reached between the Professional Squash Association (PSA), Egyptian Squash Federation and I-Events managing director and tournament promoter Amr Mansi, squash’s top stars will once again compete in front of the trio of structures from September 19 to 23.

"We are delighted to have reached an agreement with the Egyptian Squash Federation and promoter Amr Mansi that will see squash return to one of the most spectacular settings in world sport in front of the Great Pyramid of Giza later this year," said PSA chief operating officer Lee Beachill.

"The images captured during the 2006 World Championship, the last time the sport was played there, continue to set the standard for all other squash tournaments, and many other sports around the world, to aspire to and showed the world that squash has an unmatched ability to showcase the most stunning locations in the world.

"We're very excited to be returning to Giza and look forward to working with all our partners to ensure that this year's event goes down as one of the best in history and will be supported with a live television broadcast that will ensure the most iconic location in the sport is transmitted into the homes of millions of fans around the world."

"Bringing squash back to the Great Pyramids of Giza has been an ambition for me over the past few years and the Al Ahram International Squash Open was the first inspiration to me to start this career of promoting squash events in Egypt," said Mansi.

"I would like to take this opportunity to thank the Egyptian Squash Federation and the PSA for working together to make the Al Ahram International Squash Open return once again.

"Eng Khaled Abdel Aziz, the Minister of Youth and Sports, has given us his full support.

"He is happy to bring one of the biggest and most prestigious squash events in the world back to the pyramids, and is looking forward to creating such pronounced success in line with the reputation of Egypt in the international global championships."

Egyptian Squash Federation President Assem Khalifa added: "We are glad to announce that we will once again be hosting one of the most distinguished squash events in the world here in Egypt.

"This event is the reason the Egyptians excelled in the sport as the Al Ahram tournament in the past has shown them that dreams can come true.

"We are truly looking forward to bringing this event back and guarantee to make it an unforgettable one."

Egypt’s capital Cairo was due to host last year’s World Team Squash Championships from December 12 to 18, but they were postponed following an attack on December 4 when petrol bombs were thrown into a nightclub, killing 16 people.

Khalifa claimed, however, the decision was more linked to the withdrawal earlier that week of several countries from the tournament, including defending champions England.

They had been joined by Canada, Finland, France, Germany and United States.