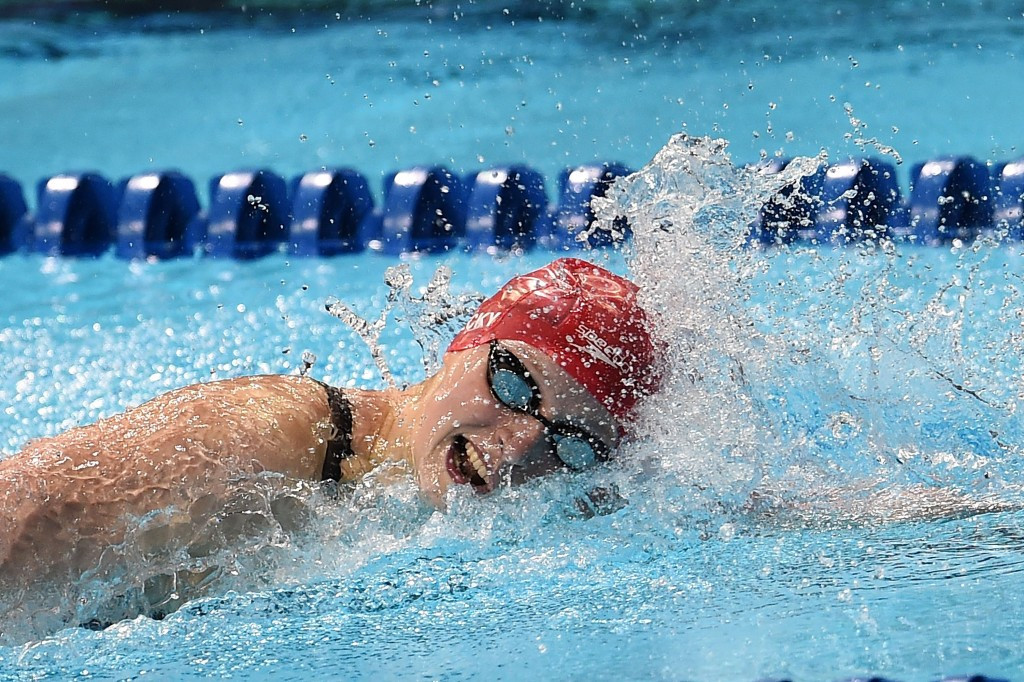 Katie Ledecky clocked the fastest women’s 400 metres freestyle time of the year and the third quickest in history on her way to sealing her Rio 2016 spot at the United States Olympic Trials in Omaha.

Ledecky, Olympic gold medallist at London 2012 in the 800m freestyle event, looked on course to surpass her own world record, set at the 2014 Pan Pacific Championships on the Gold Coast, but she began to fade late on.

Her time of 3min 58.98sec saw her comfortably take victory in front of a crowd of around 14,000 at the CenturyLink Center, who were openly disappointed Ledecky had not managed to break the world record.

Another notable performance in the race came from Leah Smith, who clocked an impressive 4:00.65, the fourth quickest of all time over eight laps of the pool.

"I just tried to keep myself fired up on that and didn't really care what the time was.

"I know there are improvements we can make off of it."

Elsewhere, Ryan Lochte swam through the pain to qualify for the final of the 200 metres freestyle and keep his Rio 2016 dream alive.

Lochte was still nursing a groin injury he had suffered on the opening day of the event, where he had his hopes of defending his Olympic 400m individual medley crown dashed, but was able to progress through to the semi-finals.

The 31-year-old, a five-time Olympic gold medallist, clocked the fifth-fastest time of the evening as he touched the wall in 1:47.58 behind Conor Dwyer and Clark Smith.

Dwyer posted the fastest time on his way to the final, winning the heat in 1:46.96.

“All I wanted to do was get a lane for tomorrow and that's what I did," Lochte said.

Defending Olympic 100m backstroke champion Missy Franklin, one of America’s star performers at London 2012, was dangerously close to missing out on qualification in the event as she finished 0.04 seconds inside the required time.

Franklin, winner of four Olympic gold medals four years ago, put in a sluggish display but managed to scrape though to the final by clocking 1:00.45.

She will be joined in the crucial race by 33-year-old Natalie Coughlin, a 12-time Olympic medallist, along with Olivia Smoliga, who recorded the fastest time as she clocked 59.16sec.