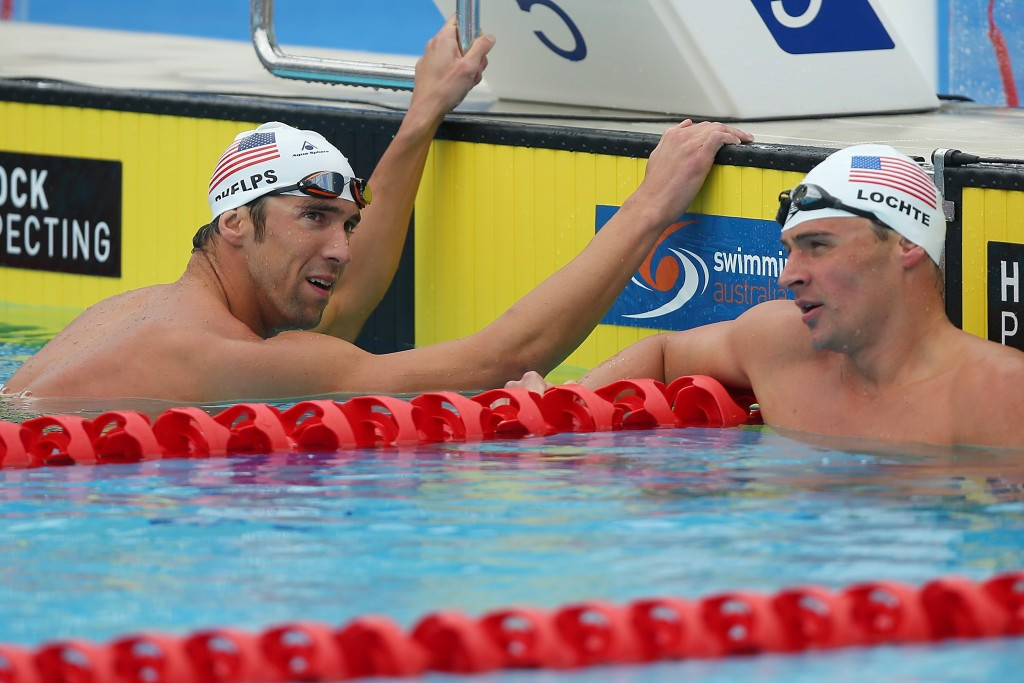 Swimming superstars Ryan Lochte and Michael Phelps are due to resume their great rivalry when the United States Olympic Trials begins in Omaha tomorrow.

Phelps, the 18-time Olympic champion who came out of retirement two years ago in a bid to compete in Rio, is scheduled to compete in five events: the 100 and 200 metres butterfly, the 200m individual medley, and the 100m and 200m freestyle.

Lochte was beaten into second place by his team-mate in the 200m individual medley event in London after beating him over the 400m distance.

He has not competed in the 400m event since his victory in the British capital, but, after initially vowing not to challenge for the spot at Rio, has decided to make his return over the gruelling distance on the first day of the Championships tomorrow.

Lochte, a winner of five Olympic titles, is also due to compete in the 100 and 200m freestyle, as well as the 200m backstroke and 100m butterfly.

Both swimmers are expected to compete in only the heats of the two freestyle events in order to bid for a place in the US relay teams.

Lochte is also bidding to swim in the butterfly event for the first time at a major championships.

Four-time Olympic gold medalist Missy Franklin is a leading entry on the women's side, due to compete in the 100m and 200m freestyle and 100m and 200m backstroke competitions.

She is the reigning Olympic champion in both the 100m and 200m backstroke, plus the 2013 world champion in the 200m freestyle.

Other leading stars set to compete include Nathan Adrian, the reigning Olympic champion in the 100m freestyle, who is expected to swim over both the 50 and 100m distances.

Natalie Coughlin, aged 33, is poised to become the single most decorated American female Olympian of all time, is entered in the 50m and 100m freestyle and the 100m backstroke as she bids to add to her 12 Olympic medals.

As well as the men's 400m individual medley, finals are also due to take place tomorrow in the corresponding women's event and the men's 400m freestyle.

Heats and semi-finals will be held in the men's 100m breastroke and women's 100m butterfly.

Action in the week-long event is due to end on Sunday (July 3).