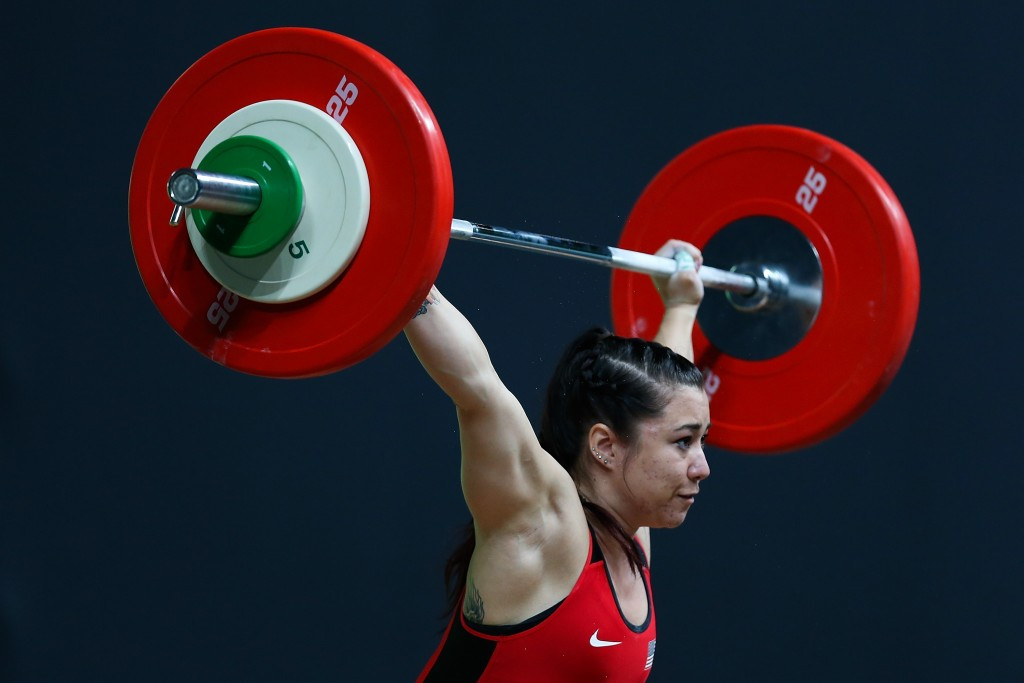 Although not confirmed at this stage, it has been suggested that the over 75kg category will be removed with 85kg and over 85kg classes being added.

As early as 1987, there were official World Weightlifting Championships for women, but it was not until the 2000 Olympic Games in Sydney that an official Olympic competition for women was introduced.

Sports are now being encouraged to foster gender equality, with Agenda 2020 reforms empowering the International Olympic Committee (IOC) to "work with the International Federations to achieve 50 per cent female participation in the Olympic Games".

In a further boost for gender equality, it was confirmed at the IWF Congress that the Junior World Championships - beginning tomorrow here in Georgia’s capital - will be the first-ever global weightlifting event where the technical officials' groupings have reached an equal representation of men and women.

A total of 250 athletes from 47 countries are due to compete across the eight days of competition, made up of 140 men and 110 women.

Also ratified during the Congress was the affiliation of Burundi as the 192nd Member Federation of the IWF.

Rio 2016 weightlifting sport manager Pedro Meloni assured the Congress delegates, meanwhile, that competition at this year’s Olympic Games will not be affected by budget cuts.

The Organising Committee will look to deliver weightlifting competitions according to the IWF’s Technical and Competition Rules and Regulations (TCRR), while reforming the spectator experience, broadcasting and the presentation of the sport.

Congress delegates, of which there were 120 representing 48 Member Federations, also expressed their support for the IWF Executive Board’s stance on matters related to anti-doping.

On Wednesday (June 22), it was confirmed that the weightlifting Federations of Belarus, Kazakhstan and Russia will be suspended for one year in the event that it is proven the countries produced three or more anti-doping rule violations in the combined re-analysis of samples from 2008 and 2012 Olympics in Beijing and London respectively.