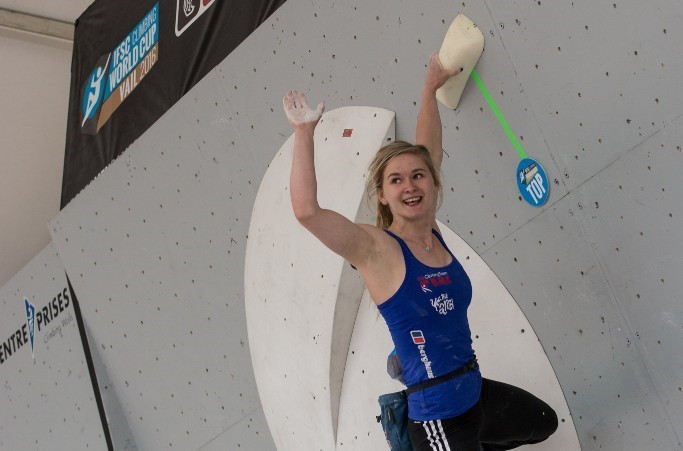 Britain's Shauna Coxsey sealed the overall International Federation of Sport Climbing (IFSC) Bouldering World Cup title with a second-place finish at the penultimate competition of the season in Vail.

The 23-year-old was second at the Colorado venue behind home American climber Megan Mascarenas, but the silver medal was still enough to claim an unassailable lead at the top of the standings.

Coxsey, who has won four World Cup titles this season, sits on top of the leaderboard with 517 points ahead of Japan's Miho Nonaka who has 370.

Only one World Cup remains this season, in Munich on August 12 and 13.

The Briton has two things to celebrate as she was awarded an MBE in the Queen's 90th birthday honours list.

She was honoured for "services to climbing" and is the first from her country to win the overall World Cup crown.

Austria's Anna Stohr won bronze in Vail, while there was a Japanese 1-2 in the men's bouldering competition.

The title went to Kokoro Fujii, who beat compatriot Tomoa Narasaki into the silver medal.

In the overall standings, it remains all to play for ahead of Munich with Fujii leading on 389 points, narrowly ahead of Narasaki who has 378 points.

This is an exciting time for climbing which will almost certainly be added to the Olympic programme for Tokyo 2020.

Climbing was approved alongside baseball and softball, karate, skateboarding and surfing for inclusion by the International Olympic Committee's Executive Board earlier this month.

Approval must still be given by the IOC membership during the Session in Rio de Janeiro in August, although this is widely expected to be a formality.