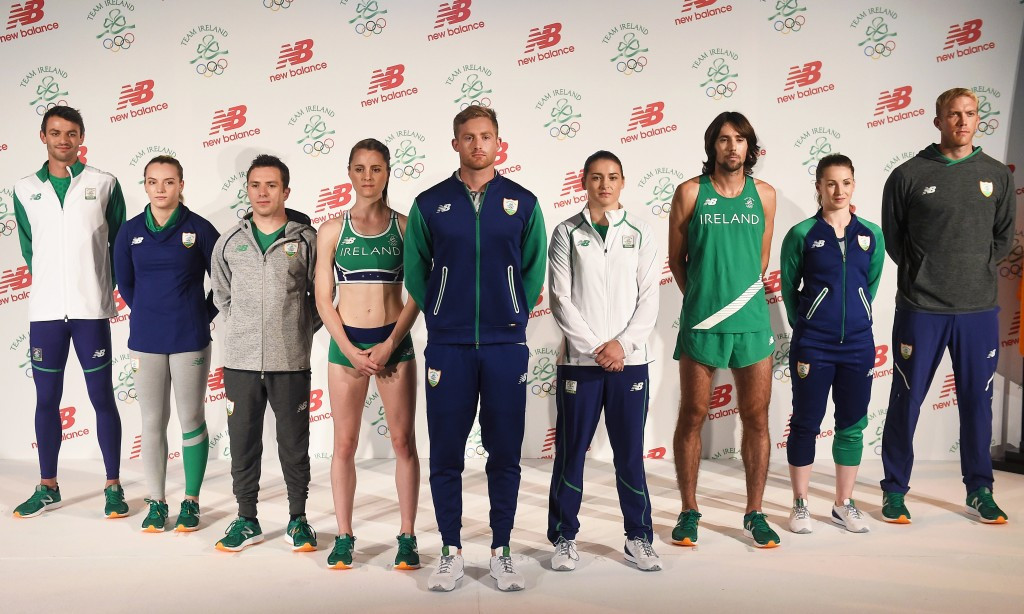 The Olympic Council of Ireland have officially unveiled their team's kit for Rio 2016.

Designed by New Balance, the uniform for the Olympics in Brazil was launched at a ceremony in capital Dublin.

The kit features colours inspired by Ireland's Presidential blue as well as the country's traditional green, white and orange.

Boxer Katie Taylor, who won Olympic gold for Ireland at London 2012 in the women's 60kg, was one of a number of athletes on hand at the launch at Smock Alley.

Kit has been designed for competition and warm-up, while there is also leisurewear for any medal ceremonies as well as travelling and public appearances.

Pat Hickey, President of the Olympic Council of Ireland, said: “We have been working with New Balance for a number of years now, and we are delighted to have New Balance’s continued support.

“We couldn’t be happier with the new kit, and we have no doubt it will help support our athletes as they embark on their journey to success in Rio this summer.”

New Balance has been the official apparel and footwear sponsor of the Olympic Council of Ireland since 2013 when they entered into a multi-year sponsorship deal.

The company's vice president Deirdre Fitzgerald said: "We are incredibly proud of the innovative design and performance technologies as well as the lifestyle elements that have gone into creating this year’s Team Ireland Olympic kit.

"We understand how important the right kit is to an athlete’s performance, and we can’t wait to see what Team Ireland achieves on the world stage this summer.”