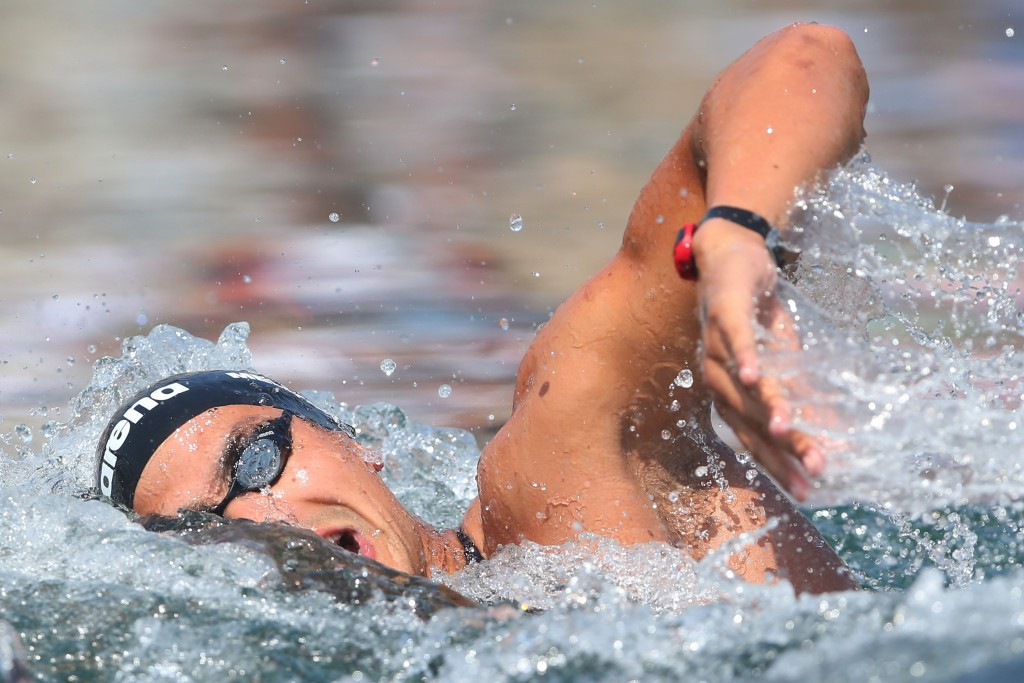 Reigning Olympic champion Oussama Mellouli booked his place at the Rio 2016 Olympic Games but was forced to settle for a fifth place finish at the International Swimming Federation (FINA) Olympic Games qualifier in Setúbal with China’s Zu Lijun winning the event.

The Tunisian star has earned three Olympic medals in his career, having also claimed 1,500 metres gold and bronze in the pool across the past two Games, to emerge as one of his country’s biggest stars.

Having reached London 2012 via the final qualification race, he was able to mirror the route by finishing in a time of 1hr, 52min and 24.80sec.

It gave him one of the 10 automatic places on offer at the qualifying event, having remained part of the leading group through the majority of the day.

“My goal was to secure a place for Rio, this is now done," said Mellouli.

“However, it was a very physical race, with a lot of contact between the swimmers.

“To be in the leading group as much as possible, be careful when turning at the buoys, save some energy for the final metres, and accelerate in the end.

“It paid off, and I am quite happy to be swimming in the magical scenario of the Copacabana beach."

China’s Zu ultimately came through to take the overall victory in a time of 1:52:18.20, leading home Germany’s Christian Reichert, Ecuador's Ivan Enderica Ochoa and Russia’s Evgenii Drattcev, who all finished ahead of Mellouli.

The top 10 ranked swimmers from the 2015 FINA World Championships in Kazan had already secured places at this year's Olympic Games in Rio de Janeiro.