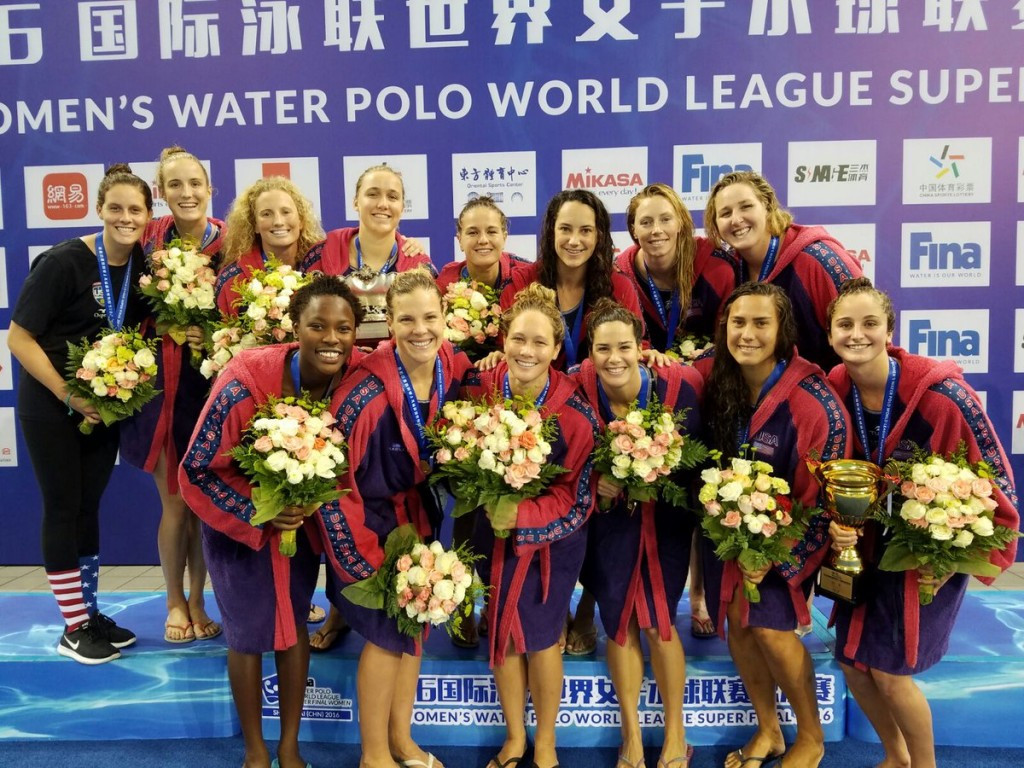 The Americans, who are the current Olympic and world champions, managed to control proceedings on their way to a hard-fought success which lays down a marker ahead of the defence of their gold medal at Rio.

Madeline Musselman, captain Margaret Steffens and Courtney Mathewson, who was named as Most Valuable Player, all scored a brace for the US to help them record another triumph to add to their growing haul of titles.

Elsewhere, China weren’t able to deliver a bronze medal for the home crowd as they were soundly beaten 10-3 by Australia, who finished as runners-up to the US in the 2015 Super Final.

The gold medal clash began with the US on top as they outscored their Spanish opponents in the first two stanzas to move into a 7-4 lead at half-time.

Spain, keen to upset the odds, recovered after the restart and a drawn third period kept their feint hopes of a shock comeback win alive.

But the Olympic gold medallists held their nerve to ensure they finished on top of the podium at the last major women’s water polo tournament before Rio 2016.

“We were happy that we played a consistent final today,” US coach Adam Krikorian said.

“We were very efficient offensively.

“Our offence were acute but we still could be better on defence.

“We were happy with the victory."

Despite the disappointment of a semi-final defeat, the Australians managed to end the event on a positive note as a hat-trick from Keesja Gofers inspired them to victory over the hosts.

The Chinese side weren’t able to reach the heights of their other displays at the competition as they were outclassed by a superior Australian team.

Italy took fifth place by beating Russia 10-8, while Canada, the only nation at the tournament not to have qualified for Rio, finished seventh with a 12-6 triumph over Brazil.