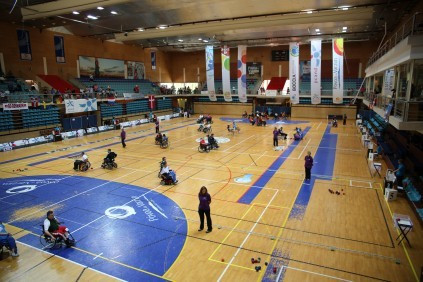 A total of 21 countries are set to compete in the Boccia International Sports Federation (BISFed) World Open in Póvoa de Varzim as athletes continue to prepare for the Rio 2016 Paralympic Games.

Despite the qualification period for Rio 2016 having drawn to a close, the competition is still expected to by fierce in Portugal, with ranking points on offer for the 2018 World Championships.

Action is due to get underway tomorrow and will last until June 19, in what has been dubbed “Boccia City”.

It follows Póvoa de Varzim previously hosting the 2002 World Championships, as well as the 2005 and 2009 European Championships.

Portugal’s Cerebral Palsy National Association of Sports (PCAND) are hosting the competition, with support from the Sports and Youth Portuguese Institute.

“This is the seventh great international event to take place in this sunny city by the ocean and that's why we, so fairly, entitle it the friendliest boccia city in the world,” said Joaquim Viegas, PCAND President.

“The staff and volunteers' vast experience, passion and professionalism, as well as the City Hall's support, are the icing on the cake, making sure that this event will provide unforgettable moments for all the participants.

“We look forward to hosting you in Póvoa and providing an exciting competition.”

Brazil will prepare for the Paralympic Games by sending a 10-member team to the event, while the hosts boast 11 athletes and will also participate in three team competitions.