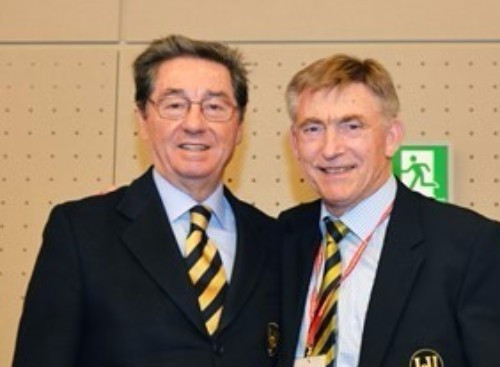 New International Skating Union (ISU) President Jan Dijkema has admitted to being "surprised" by the comments of his predecessor Ottavio Cinquanta, who said it would be unfair to strip athletes of Olympic medals if they fail doping tests following retesting of samples conducted years after the Games.

Cinquanta, the 77-year-old Italian who was replaced yesterday after 22 years at the helm of the ISU, suggested that, while he supports drug testing during the Olympic Games, he does not approve with the retest of samples when new technology becomes available.

Such retesting is a key priority of the International Olympic Committee (IOC) and other authorities, with 55 athletes having failed in the last month following retesting of samples from Beijing 2008 and London 2012.

Retests of samples from the Turin 2006 Winter Olympics were completed last year, but the results have still not been released amid legal difficulties.

"My opinion is the following," Cinquanta, a member of the IOC since 1996, told Dutch television channel NOS.

"You have a sophisticated system to decide upon [doping].

"Please use the most sophisticated system.

"But if I pass the system, acting today, then I am okay, I am clean.

"I have the duty to compete clean, but in case I win, under the circumstances they are permitted to check if I am a doper or not, then I maintain my medal."

When asked about these comments during this week's ISU Congress by insidethegames, Cinquanta answered: "Now we are using doping blood and urine of 2008 Beijing?

"Where do you stop?"

"What about Jesse Owens - he got four gold medals at Berlin 1936?

"This is not justice - maybe he was doping?"

Dijkema, while being courteous to a predecessor who was appointed honorary life President, distanced himself from these comments.

"Honestly speaking, I was surprised when I heard this statement," he said.

"If there are retests and new techniques and you find new doping cases, we fully follow the IOC policy."

Cinquanta was criticised by some for an overly-lenient approach earlier this year when Olympic short track speed skating champion Semion Elistratov and Russian long-track team-mate Pavel Kulizhnikov had their suspensions for testing positive for meldonium lifted.

This came after WADA admitted more work was required to ascertain how long the heart medication remained in the body.

Meldonium, which boosts endurance, was only added to the banned list on January 1.

Both skaters claim to have taken it before then and that it remained in their systems - although other bodies have been more cautious about lifting bans.