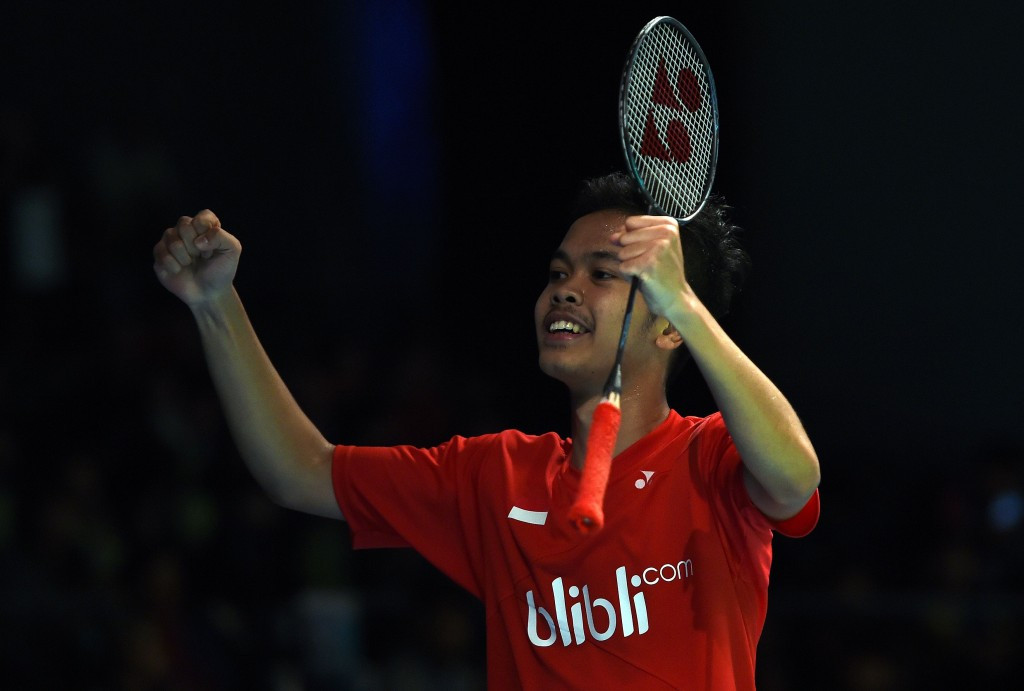 Despite his high ranking, Chen has not won any of the six Super Series events to be contested this season, with his departure today meaning that no seeded players have made the Australian semi-finals.

Ginting will clash with South Korea's Jeon Hyeok-jin in the last four, after he was awarded a walkover against Hu Yun of Hong Kong.

He will play India's Srikanth Kidambi who knocked out South Korean Heo Kwang-hee 21-18, 21-17.

In the women's competition, the top ranked player was also knocked out as Thailand's Ratchanok Intanon went down to India's Saina Nehwal.

Nehwal, the number seven seed, prevailed, however, with the Olympic bronze medallist winning 28-26, 21-16.

She will play China's Wang Yihan in the semi-finals after her 21-19, 21-15 win over Chinese Taipei's Tai Tzu-ying.