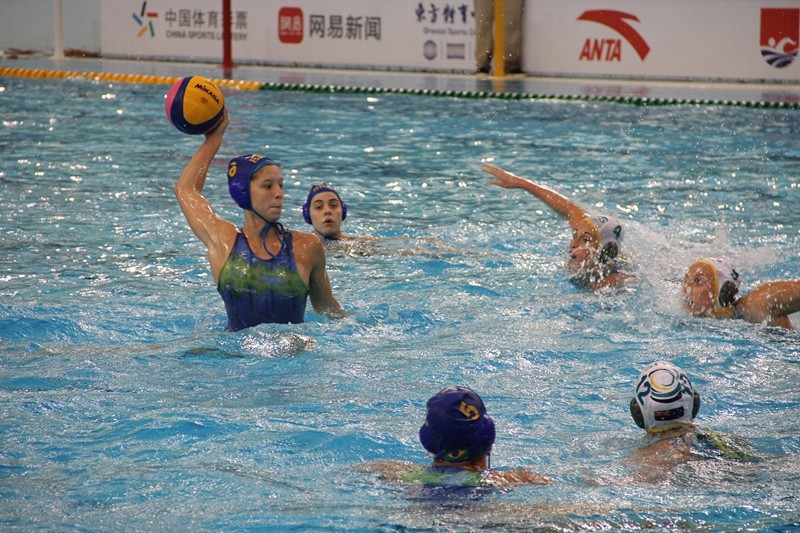 The United States and Australia both recorded comfortable victories at the International Swimming Federation (FINA) Women’s Water Polo World League Super Final to breeze into the last four at the Oriental Sports Centre in Shanghai.

The two sides met in the 2015 final, with the American team, the reigning world and Olympic champions, emerging victorious, and they have both been in superb form at this year’s edition, each maintaining 100 per cent records.

Neither the US nor Australia looked in danger of exiting the competition, the last major women’s water polo tournament before the Rio 2016 Olympic Games, as they claimed convincing wins over Russia and Brazil respectively.

The defending champions dominated the majority of the contest against the Russians, who edged the final stanza 3-2, as nine different scorers found the net in a 14-7 triumph.

Aria Fischer and Makenzie Fisher both netted two goals, while Olga Gorbunova managed the same haul for Russia though her efforts proved to be in vain as her nation crashed out.

China await for the US in the last four after the hosts delighted the crowd inside the venue in Shanghai by beating Canada 13-8, with Sun Yating the star performer as she scored four.

Australia were in ruthless form as they progressed by thrashing a hapless Brazilian side, who were also on the end of a heavy defeat yesterday, 11-2.

The Australian team seemingly had victory wrapped up by the halfway stage as they raced into an 8-0 lead before seeing out a win which set up a clash with Spain in the semi-finals.

The Spanish outfit narrowly reached the last four as they overcame Italy 8-5.

“Our defence was very good except in the last quarter,” Australian coach Greg McFadden, a two-time Olympic bronze medallist, said.

“We should block all the shots and made the game finishing 11-0, but we missed two at least by mistakes.

“Defence is always very important in the game, no matter which team we play with.

“Tomorrow, we will meet Spain and it will be a difficult game."