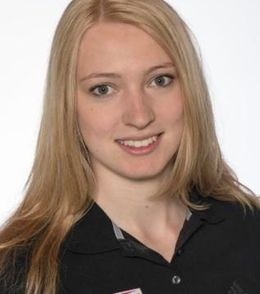 South Korea are attempting to naturalise German-born luger Aileen Frisch in time for their home Winter Olympics in Pyeongchang in 2018.

The host nation for the Games in just under two years' time does not traditionally excel in the sport but Germany has produced a long line of stars.

Twenty-three-year-old Frisch has won gold medals at the Junior World and Junior European Championships, and won the overall Junior World Cup in 2012.

She retired from the sport when she failed to make the senior Germany squad for the 2015-16 season, but now may be set for a comeback.

According to Yonhap, she was approached by the Korea Luge Federation through Sartor Steffen, the German coach of South Korea's team.

The Korean Olympic Committee (KOC) believe they can challenge for a medal with Frisch on board.

"In her 15 years of luge career, she has shown stable performances in almost all tracks in the world," the KOC said in a statement.

Fast-tracking the citizenship of foreign athletes is not a new phenomenon in sport but it is certainly a controversial one with many believing it is not in the correct spirit.

In April it was reported that Canadian ice hockey players Matt Dalton and Eric Regan had been given Korean citizenship in order to play for the national team in Pyeongchang, while passports were also issued to Russian biathletes Anna Frolina and Alexander Starodubets.