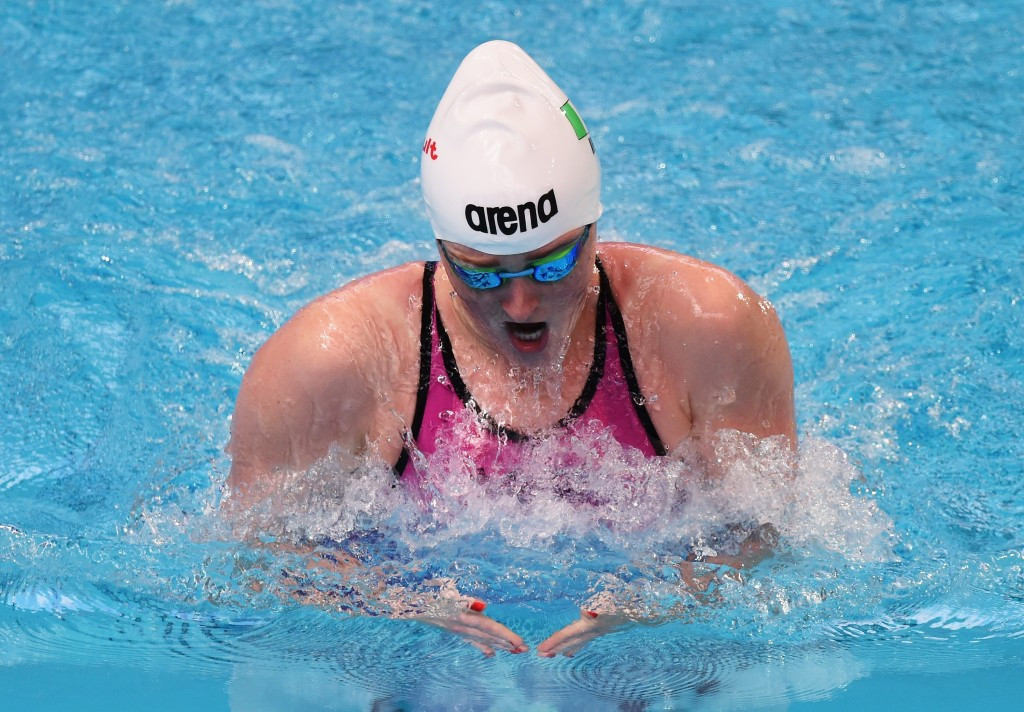 Irish swimmer Fiona Doyle has vowed to “take the risk” of contracting the Zika virus at Rio 2016 despite wanting to to have children as she does not want to miss out on making her first-ever Olympic Games appearance.

Speaking to the Irish Independent, Doyle, who missed out on qualifying for Beijing 2008 and London 2012, has put her Olympic ambitions above having children as she believes this year's event is her “only chance” of participating at the Games.

Concerns over Zika, which causes babies to be born with small heads and under-developed brains and can also cause miscarriages, premature birth and vision problems in babies, has been a prominent issue in the build-up to this year’s Olympics.

It therefore has worse consequences for men than women but Doyle insists she will head to Rio in spite of the potential dangers.

She admitted, however, that the thought of falling ill with Zika is “nerve-wracking”.

“I would take the risk,” Doyle told the Irish Independent.

“As much as I want children, this is something that I've wanted for years and if it means taking that risk, then I'll take that risk and hopefully I'll be fine.”

Earlier this month, scientists claimed the mosquito-borne virus could be even more dangerous than first thought, prompting Northern Irish golfer Rory McIlroy, ranked at third in the world, to admit he is considering skipping Rio 2016.

British heptathlete Jessica Ennis, the reigning Olympic champion, has also revealed she is worried about the virus.

But 24-year-old Doyle, a breaststroke specialist, claims it is not as easy for her to decide not to compete as she is in “peak condition” for Rio 2016.

“When I didn't qualify in 2012 I was devastated - it was like somebody had died," she said.

"So it's not as easy as just deciding 'I'm not going to go.

“I can't decide in four years' time that I'm going to go again.

"It doesn't work that way for swimming.

"I'm at the peak at the moment.

"I'm at the right age for swimming, so this is my only chance and although it's kind of nerve-wracking that there's a chance I might catch it, at the same time, this is my only opportunity.”

Barros said 2,500 extra personnel have been appointed to support the existing health structure in hospitals and first aid points, while a further 3,500 external staff will be responsible for the preventative measures in places where Olympic events will be held.

He highlighted data to De Kepper and Budgett which shows the reduced amount of mosquitoes - who carry the Zika virus - during July and also in August, when the Games are scheduled to take place.

"The health and safety of the athletes and all people attending the Games are of absolute importance for the IOC,” said De Kepper.

"We are pleased to see that the Brazilian Government is working closely with the World Health Organisation, and that it is following its advice as the IOC does.

"We are fully confident that the measures taken by Brazil will provide safe conditions for all those looking forward to experiencing great Games in a few weeks’ time."