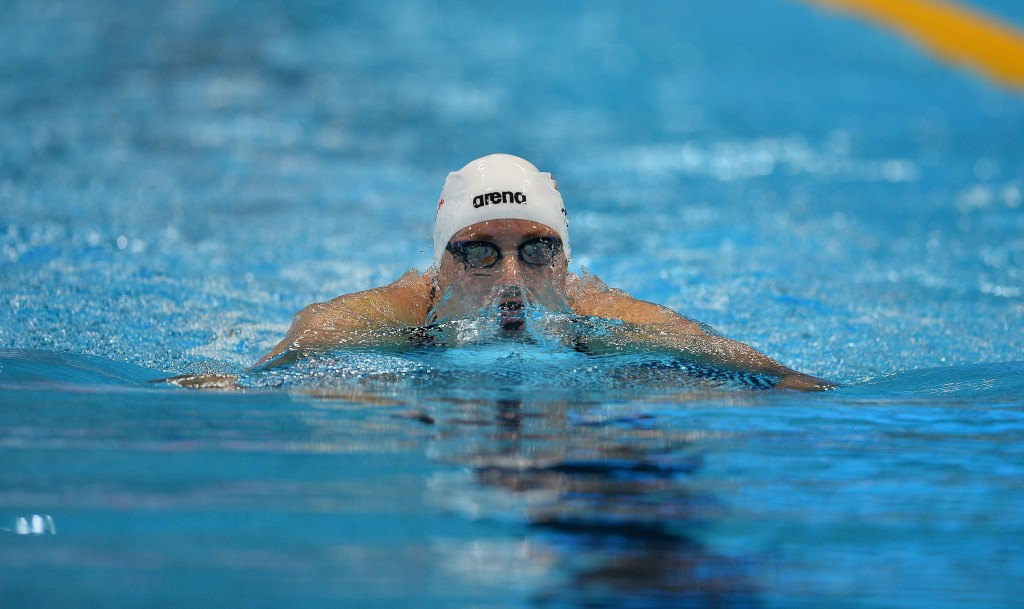 Hungary’s Katinka Hosszú reasserted her dominance of the women’s 200 metres individual medley by clinching her fourth straight European Aquatics Championships title in the event but was beaten in the 100m backstroke by familiar foe Mie Østergaard Nielsen of Denmark here tonight.

It proved to be a superb evening for the Hungarian swimmers as they ended with a haul of four gold medals, while Ross Murdoch delivered further success for the host nation as he stormed to victory in the men’s 200m breaststroke.

Hosszú, the reigning world champion over 200m using all four strokes, led from start to finish to secure the crown in a championship record of 2min 07.30sec, the sixth-fastest time ever recorded.

Her fluent display proved too strong for the rest of the field to handle as she comfortably finished ahead of British duo Siobhan-Marie O’Connor and Hannah Miley, silver and bronze medallists respectively.

The 27-year-old, already established as one of the continent’s true swimming stars, looks a sure bet to earn her maiden Olympic medal at Rio 2016 as she laid down another marker to her opponents here tonight.

Denmark’s Nielsen, however, proved Hosszú is not unbeatable as she took the 100m backstroke honours in a championship record 58.73sec, edging in front of the Hungarian before holding on to her lead to wrap up the European title in style.

Kathleen Dawson was able to add to the British haul with bronze but attention was focused on the two fearsome competitors, who couldn’t be separated in the race at the last edition of the European Championships in Berlin two years ago, sharing gold after both finished in an identical time.

The night had begun in ominous fashion for Hungary, with Boglarka Kapas cruising to a comfortable triumph in the 800m freestyle, the longest race by distance on the women’s programme.

Kapas, world bronze medallist over 1,500m, simply had too much in the tank, clocking 8:21.40 to touch the wall ahead of Jazmin Carlin of Britain and Slovenia’s Tjasa Oder.

The Hungarian gold rush didn’t end there as veteran László Cseh, a five-time Olympic medallist, surged to a confident win in the men’s 200m butterfly.

The 30-year-old also managed to rewrite the record books with a best-ever European Championships time of 1:52.91, leaving his challengers in his wake as silver medallist Viktor Bromer of Denmark was 2.44 seconds behind.

A fourth gold of a fruitful evening for Hungary was then sealed in the women’s 4x200m freestyle relay as Hosszú led her nation home in the final leg to claim her fourth title at this year’s Championships.

The Hungarian team, which also comprised of Zsuzsanna Jakabos, Evelyn Verraszto and Kapas, clocked a combined 7:51.63 to condemn Spain to silver, while The Netherlands picked up bronze.

The home crowd inside the much-heralded venue, an icon of the London 2012 Olympic Games, were given something to cheer when Murdoch sealed gold in the 200m breaststroke in 2:08.33, dethroning Marco Koch of Germany, the current world champion.

The German was forced to settle for silver, with Luca Pizzini earning a podium finish for Italy as he took bronze.

Grigory Tarasevich picked up the bronze a mere 0.04 further adrift.