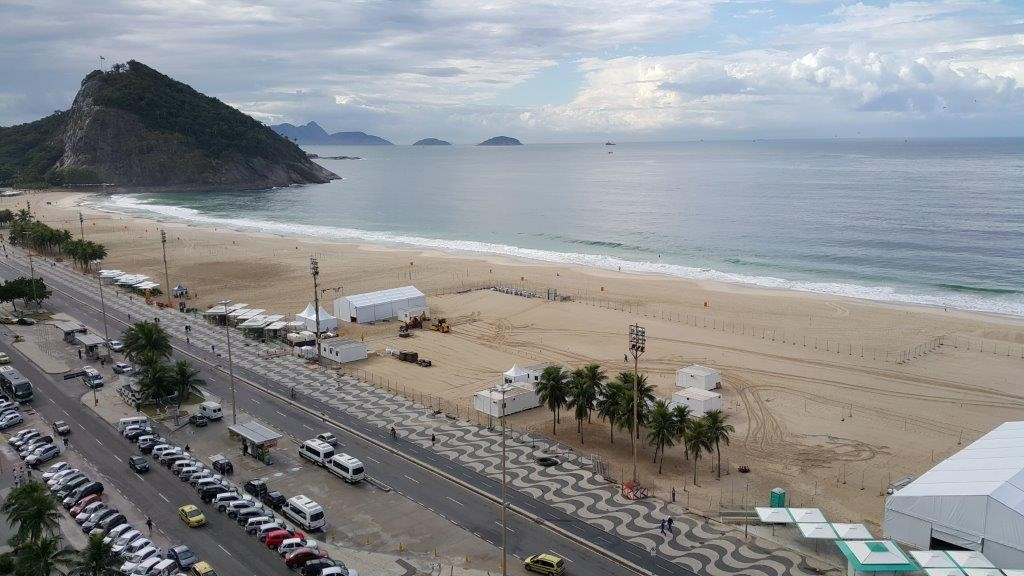 Work to construct the beach volleyball venue for this year's Olympic Games in Rio de Janeiro has begun on the famous Copacabana sands.

Diggers arrived on Friday (May 13) to begin construction of the temporary 12,000 seat arena on one of the world's most iconic beaches.

Once completed, the venue will feature a centre court - where Olympic matches will take place - as well as five training courts and two warm-up courts.

Beach volleyball is expected to be among the most iconic events at Rio 2016, with organisers hoping to make full use of the famous Copacabana and the city's natural beauty in front of the television cameras.

The sport is also hugely popular in Brazil and the host nation will be expecting to challenge for medals.

Organisers claim that the sport is among the most "in-demand" ticket-wise, behind only athletics, team volleyball and the Opening and Closing Ceremonies.

Rio de Janeiro has organised 16 men's tournaments sanctioned by the International Volleyball Federation (FIVB) since the first on Ipanema beach in 1987, and nine women's.

The first international tournament took place on Copacabana in 1986, and attracted 5,000 fans.

Matches at the Olympics will begin on April 6, one day after the Opening Ceremony.

The men's final are due to be played on August 18, with the women's gold medal game a day earlier.