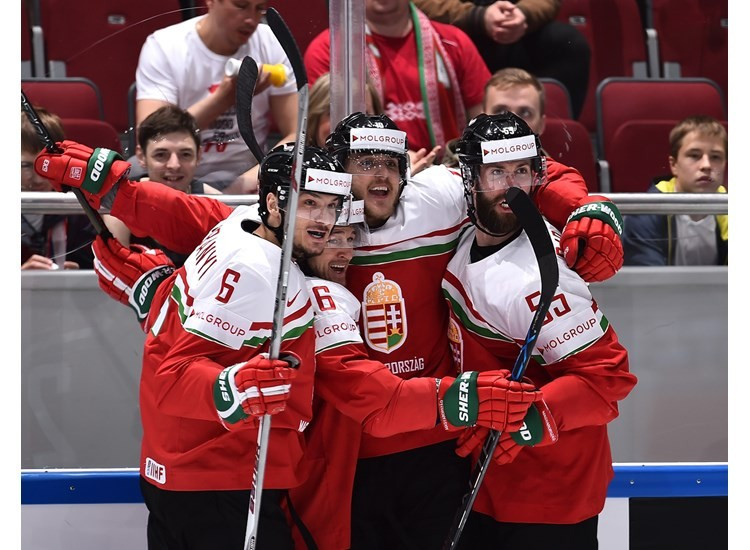 The historic success for the Hungarians in Group A keeps their pursuit of remaining in the top tier of the sport alive while pushing Belarus closer to the trap door.

Their triumph came after Finland had maintained their 100 per cent record at the tournament, securing their fifth straight win by overcoming France 3-1 in a low-scoring affair.

Krisztian Nagy opened the scoring for Hungary in the first period on what proved to be an emotional occasion for the nation before Canadian-born Geoff Platt of Belarus inadvertently turned the puck into his own net following good work from Janos Vas and Andrew Sarauer.

But nerves began to creep in to the Hungarian team, who were clearly sensing this could be the day they earned their first victory at the event since an 8-1 romp over Belgium in Zurich in 1939, as Platt atoned for his earlier error by halving the deficit.

Artus Gavrus then drew Belarus level in the second period but Balasz Sebok put Hungary back in front shortly after with a well-executed goal.

Vas then scored a quick-fire double to put the result beyond all doubt.

"This is a great feeling that we can give a little back to the fans.

“This is the first time we don’t have to sing the national anthem in a loss," said Erdely.

"Seeing the flag being raised makes me so proud of these guys and that I am Hungarian.”

It also proved to be a good day for Finland, who continued their rich vein of form with a narrow win over France, with Patrik Laine, Aleksander Barkov and Esa Lindell all getting on the scoresheet.

Despite their success, they were forced to relinquish top spot in the group after defending champions and reigning Olympic gold medallists Canada managed to match Finland’s record by sealing their fifth win, thrashing Slovakia 5-0.

In Group A at the Moscow Ice Palace, Russia kept their bid for a last eight spot going by ousting Switzerland 5-1, while Sweden edged Norway 3-2.

The basement clash in the group was won by Latvia as they beat Kazakhstan 2-1.