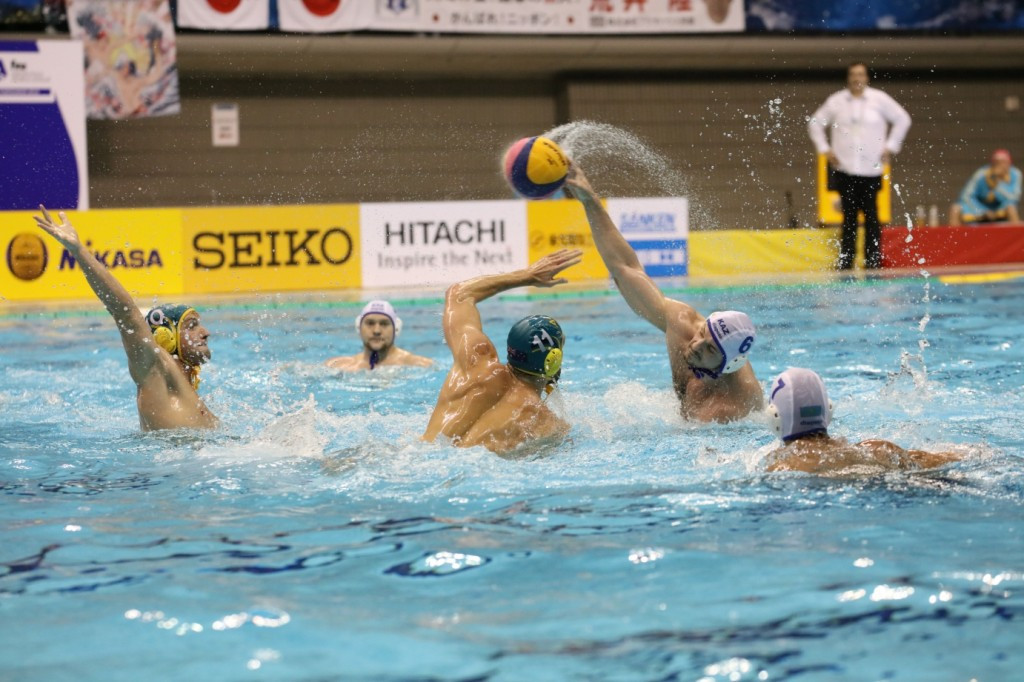 Australia joined the United States in the final of the International Swimming Federation (FINA) Men’s Water Polo World League Intercontinental Tournament with a comfortable 11-4 victory over Kazakhstan as the group stage in Yokohama drew to a close.

The win for the Australian side saw them qualify in second place behind the Americans, who thrashed China to finish with a 100 per cent record.

The two nations will be joined by hosts Japan and Brazil in the Super Final, which takes place in Huizhou in China from June 21 to 26.

Though the margin of success against the Kazakh team was convincing, Australia didn’t quite reach the heights of previous matches but were still able to record their fourth win of the competition with ease.

Both George Ford and Jarrod Gilchrist scored hat-tricks, while Mitchell Emery also performed well as he netted a double.

Rustam Ukumanov led the scoring charts for Kazakhstan, who ended the group phase with one victory from five matches.

“I’m very disappointed in how we played because we didn’t play as we agreed and, the next time against USA, we’ll be punished for that,” Australia coach Elvis Fatovic said.

“We had so many opportunities today but we didn't take our chances.

“We must be much more aggressive in our attacks.

“We will definitely try to do something different against USA to achieve a better result than in the first match against them.”

Brazil took third spot in the group as they were on the right side of a 16-10 scoreline in a high-octane affair with hosts Japan, who squeezed through to the Super Final in the fourth and final available berth.

The US, keen to continue with their rich vein of form, made light work of China with a comprehensive 19-2 triumph, during which Alex Obert found the net on four occasions to end as his team’s top scorer in the match.

They will face the Australians in the final tomorrow, with Japan and Brazil set to do battle for third.

Kazakhstan and China will play off for fifth place.