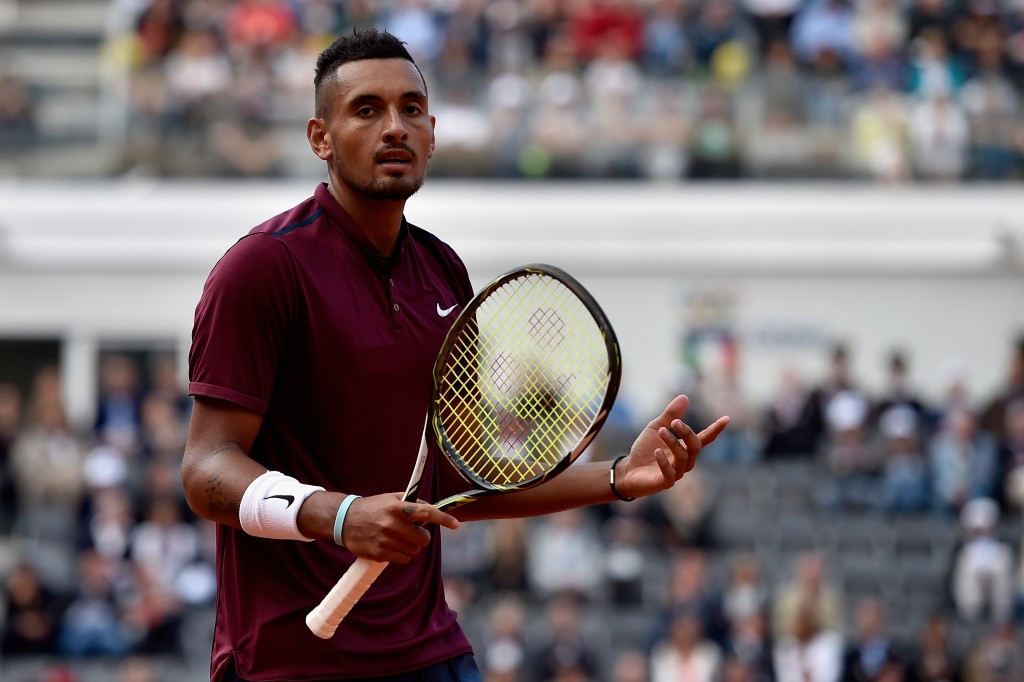 Controversial tennis star Nick Kyrgios has launched a social media poll in a bid to gauge public opinion on whether he should be selected for the Rio 2016 team as his row with the Australian Olympic Committee (AOC) continues.

The world number 20 was warned by Chef de Mission Kitty Chiller that he could be axed from competing in the Brazilian city if his behaviour failed to improve.

Team-mate Bernard Tomic, who was also given the same threat by Chiller, recently announced he would not take part in this year’s Olympic tennis tournament as a result of a busy playing schedule, opting instead to play in an ATP competition in Mexico.

Kyrgios stoked the fire with the AOC and Chiller once again earlier this week, telling them that “if you don't want two of the best players in Australia to represent your country, so be it”.

Chiller, who remains locked in a war of words with the country’s brightest prospect in the sport, replied by saying: “I think his comments show maybe he doesn't really know what it means to be an Australian Olympian.”

“If someone doesn't see the value in that, then that's their loss.”

The ongoing saga prompted Kyrgios to post an on-court photo of himself on his Facebook page, asking fans to “like” the picture if they wanted him to be a part of the Australian contingent at Rio 2016.

“It's hard not to read all the stuff written about me... So I want your opinion," he wrote.

"Fiery passion and intense competitiveness to me are the things that represent the elite level of sport.

"If you think the Australian Olympic tennis team would be better without me then comment on this photo... BUT if you were the selector and you would want me out there battling for a medal LIKE and SHARE this picture."

The debacle surrounding Australia's tennis selections potentially representing his nation in Rio took another twist yesterday when Tennis Australia President Steve Healy, who had been critical of Tomic, labelling him as disrespectful, backed Kyrgios while claiming it was “unfair” to link the two players.

The main reason for Chiller’s threat of an Olympic snub was the actions of Tomic during the Mutua Madrid Open, where he was accused of “tanking” - deliberately trying to lose - when he turned his racket upside-down on match point during his loss to Italy’s Fabio Fognini.

The 23-year-old German-born Australian then caused further anger with comments he made when questioned about his actions.

“Would you care if you were 23 and worth over $10 million?” He told the Gold Coast Bulletin.

Kyrgios has himself been embroiled in several controversial incidents in his career to date, having been given a suspended 28-day ban for derogatory remarks made about the girlfriend of Switzerland’s Stanislas Wawrinka during a Rogers Cup match in August.

He was also forced to deny tanking at Wimbledon in 2015 when he was beaten by France’s Richard Gasquet, while Tomic previously claimed Kyrgios had faked an injury to miss Australia’s Davis Cup tie with the United States in March.

“Since the disciplinary action taken against Nick last year he's made a concerted effort to improve his performance and behaviour, and full credit to him,” Healy said in a statement.

“It's unfortunate that he's been included unfairly in recent discussions on player behaviour that have not involved him.”