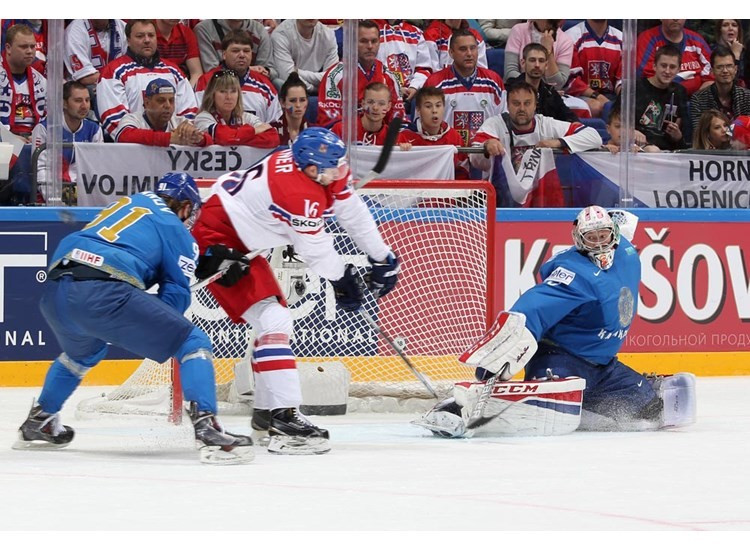 The Czech Republic remain on course for top spot in Group A at the men’s International Ice Hockey Federation (IIHF) World Championship as they secured their fourth win from their opening five matches by edging past Kazakhstan 3-1 at the Moscow Ice Palace.

The European side’s hard-fought success saw them maintain their 100 per cent record at the tournament so far, while extending their lead at the summit of the group to five points in the process.

Tomas Plekanec broke the deadlock in the opening period to give the Czechs the lead and he then scored his second late on in the third.

Nigel Dawes then halved the deficit with just under three minutes remaining of regulation time to set up a tense finale.

But the Czech Republic, who have put in a series of impressive displays so far, took full advantage of Kazakhstan opting to sacrifice their goaltender in favour of an extra man out on the ice as Robert Kousal netted the decisive goal to end all hopes of a comeback from their opponents.

“It was tough for us today because we played yesterday as well," said Czech player Jan Kolar.

"We weren't too worried that it was taking a long time to get the game wrapped up.

“In a tournament like this you sometimes just have to grind out the win without playing pretty."

In the other match in the group, played at the same venue, Denmark overcame Latvia 3-2 in what proved to be a narrow contest.

Elsewhere, the United States gave their hopes of reaching the quarter-finals a boost as they beat Hungary 5-1 at the Yubileyny Sports Palace in St. Petersburg to record their second straight win.

Two goals from Nick Foligno, plus strikes from Vince Hinostroza, Connor Murphy and Dylan Larkin, handed them a comfortable victory which leaves them well placed in third spot in Group B.

Germany are hot on their heels, however, after they earned their first triumph over Belarus since 2007 by beating their European counterparts 4-1.