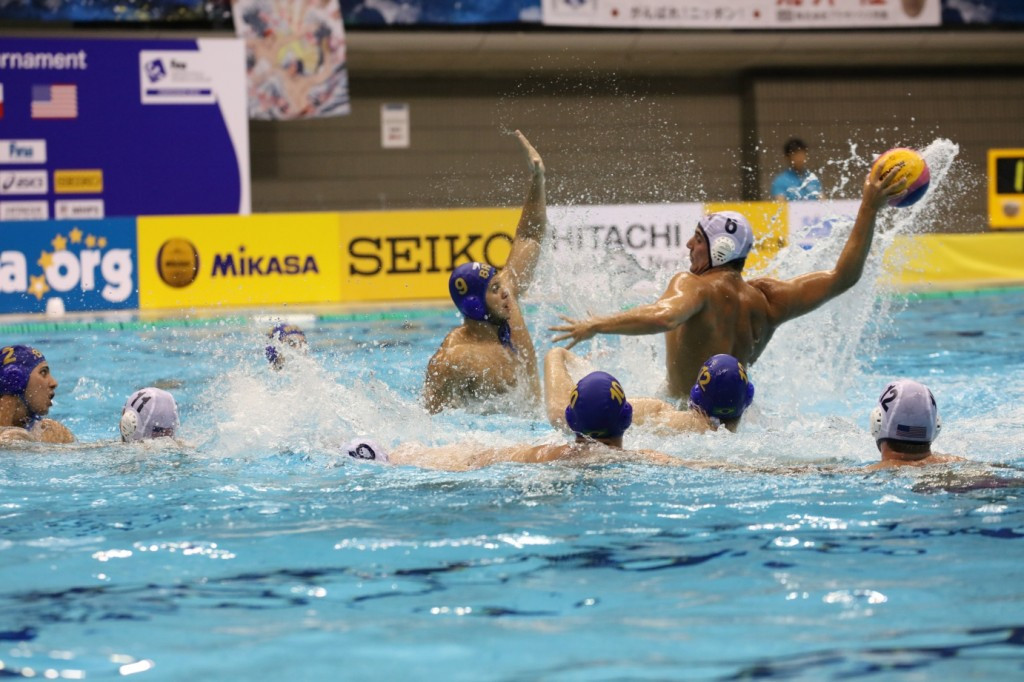 The United States picked up their fourth consecutive victory with a 16-11 win over Brazil to seal their place in the final of the International Swimming Federation (FINA) Men’s Water Polo World League Intercontinental Tournament in Yokohama.

The Beijing 2008 Olympic silver medallists have been in superb form throughout the competition and continued their dominant run of performances by overcoming the South American side, who were third at last year’s Super Final.

The Americans were made to show their resilience early on as Brazil opened up a 4-2 lead in the opening stanza before they managed to turn the contest on its head, moving 6-5 ahead at the break.

Brazil managed to keep pace with their opponents but the US clung on to their advantage to head into the final period 10-9 in front.

It was during the last stanza where the Americans finally pulled away as they found the net six times, compared with Brazil’s two, to wrap up a hard-fought success.

Luca Cupido, Alex Bowen and John Mann all bagged hat-tricks for the US, while Felipe Silva, Felipe Perrone, Gustavo Guimaraes and Josip Vrlic managed two goals each for the Brazilians.

“We’re just getting in a rhythm, but we showed our potential,” USA coach Dejan Udovicic said.

“We’re far away from how we want to be in defence, but I have to be pleased in scoring 16 goals against Brazil.”

Elsewhere, Australia moved to the brink of joining the US in the final as they hammered China 21-4.

John Cotterill was the star of the show for the Australians as he scored four, three of which came in the first stanza, while Lachlan Edwards also impressed by netting a hat-trick.

Australia will guarantee their final berth if they beat Kazakhstan, who fell to a 19-7 loss at the hands of Japan, in their last group match.

Japan’s success over the Kazakh outfit keeps their pursuit of qualification for the Super Final alive, with the top four teams sealing a spot in the showpiece tournament in Huizhou in China, from June 21 to 26.