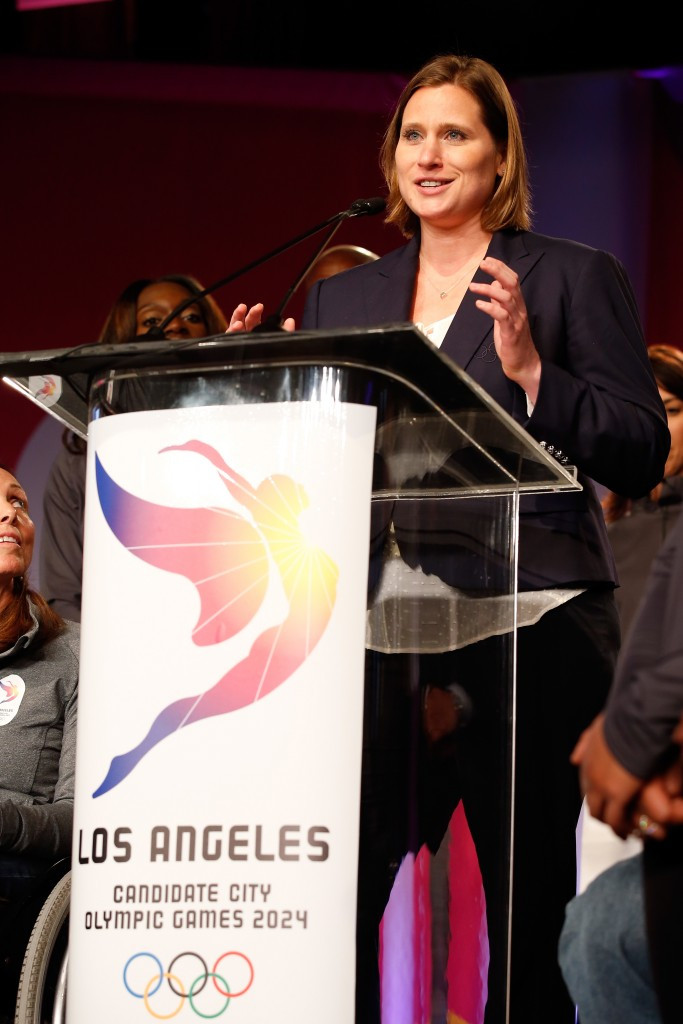 The 36-year-old, who won a gold medal with the United States team at the Nagano Games in 1998, has also been a member of the IOC since 2010 when she was elected to the body's Athletes’ Commission.

Ruggiero's work will "help LA 2024 leverage the city's unique assets such as innovation, sustainability and the more than 1,000 Olympians and Paralympians who live in Los Angeles", organisers have claimed.

She will also "address the needs of the Olympic Movement in the post-Olympic Agenda 2020 landscape" as the American city seeks to host the Olympics for a third time in 2024.

“It is a tremendous honor to join the LA 2024 team as chief strategy officer and I look forward to putting my Olympic experience at the service of LA's candidature," Ruggiero, who was born in the Panorama City neighbourhood of LA, said.

"I am excited about what LA has to offer the IOC; a Games plan that focuses on sustainability and innovation with Olympic Agenda 2020 at its core.

"As an Olympian, I dedicated myself to my team and I am now excited to join a new team, working hard to develop a bid blueprint that will contribute to the long term sustainable success of the Olympic Movement.”

Ruggiero won four Olympic medals in all, with her haul also including silvers at Salt Lake City 2002 and Vancouver 2010 and a bronze at Turin 2006.

She has worn the American jersey more times than any male or female player in the country's history during a 16-year career and was inducted into the Hockey Hall of Fame in 2015.

After moving into sports governance, she became vice chair of the IOC Athletes' Commission in 2014 and served as the chair of the Coordination Commission for the Lillehammer Youth Winter Olympics in February.

She also served on both the Evaluation and Coordination Commissions for the upcoming 2018 Winter Olympics in Pyeongchang, as well as being a member of the United States Olympic Committee (USOC) Board of Directors.

As an American IOC member she will not get a vote when the organisation elects a 2024 host at its Session in Lima next year, while her new role also means she will excuse herself from all USOC board discussions and decisions concerning the Los Angeles candidature.

LA 2024 chairman Casey Wasserman said: “The IOC’s Olympic Agenda 2020 reforms made clear that the Olympic Games need to provide athletes with the optimal Games experience while leaving a long-term legacy that benefits a city.

"We are convinced that LA 2024 is the embodiment of Olympic Agenda 2020 and we have no doubt that Angela’s addition to our team will help us in our aspiration to be the perfect partner for the Olympic Movement at this time.

"Our team will benefit tremendously from her unique perspective and wealth of experience.

"Her dedication to the values of the Olympic Movement will serve as an inspiration to us all as we work to bring back the Games to a city that loves them.”

Ruggiero's role with LA 2024 follows the appointment of US IOC Executive Board Member and Olympian Anita DeFrantz as senior advisor for legacy.

Budapest, Paris and Rome are also bidding for the 2024 hosting rights.