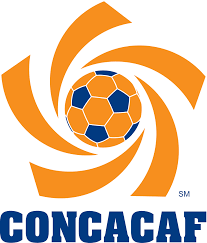 A total of $10 million (£7 million/€8.8 million) worth of Confederation of North, Central American and Caribbean Association Football (CONCACAF) funding blocked by FIFA in light of the corruption scandal engulfing the organisation will be unfrozen, it was confirmed here today.

FIFA froze the money being given to CONCACAF in February as a result of their involvement in the crisis which has swept world football’s governing body in the past year.

The move came as FIFA attempted to seek assurances that CONCACAF were heading in the right direction and that any development funding would be properly spent.

CONCACAF, along with the South American Football Confederation (CONMBEOL), have been at the heart of the scandal, with many of their officials among those to be indicted by the United States Department of Justice.

The last three Presidents of the body - Trinidad and Tobago's Jack Warner, the Cayman Islands' Jeffrey Webb and Honduras' Alfred Hawit - have all been charged.

He is now facing a life ban from the sport after FIFA’s Ethics Committee opened proceedings against him.

FIFA Council member Fernando Sarney of Brazil claimed the money is now unfrozen as he arrived here for the second day of the first-ever meeting of the body, which replaced the Executive Committee under reforms initiated by the scandal-hit organisation.

Sarney, the son of former Brazilian President José Sarney, also said FIFA will audit the finances of CONMEBOL “for the next 15 days” and the freeze on their money could then also be lifted.

A statement from a FIFA official confirmed the funds would be unfrozen but that they had not yet been released.

"The Audit and Compliance Committee has acknowledged the measures taken by CONCACAF and has agreed to lift the suspension of the frozen funds," FIFA said.

"However, the release of the funds is still subject to the fulfillment of the requirements cited in the FIFA development regulations."

Sarney also claimed FIFA would soon be in much calmer waters under the leadership of President Gianni Infantino, who was elected at an Extraordinary Congress in Zurich in February.

The Swiss is braced to preside over his first Congress as the head of the governing body, which takes place here on Friday (May 13).