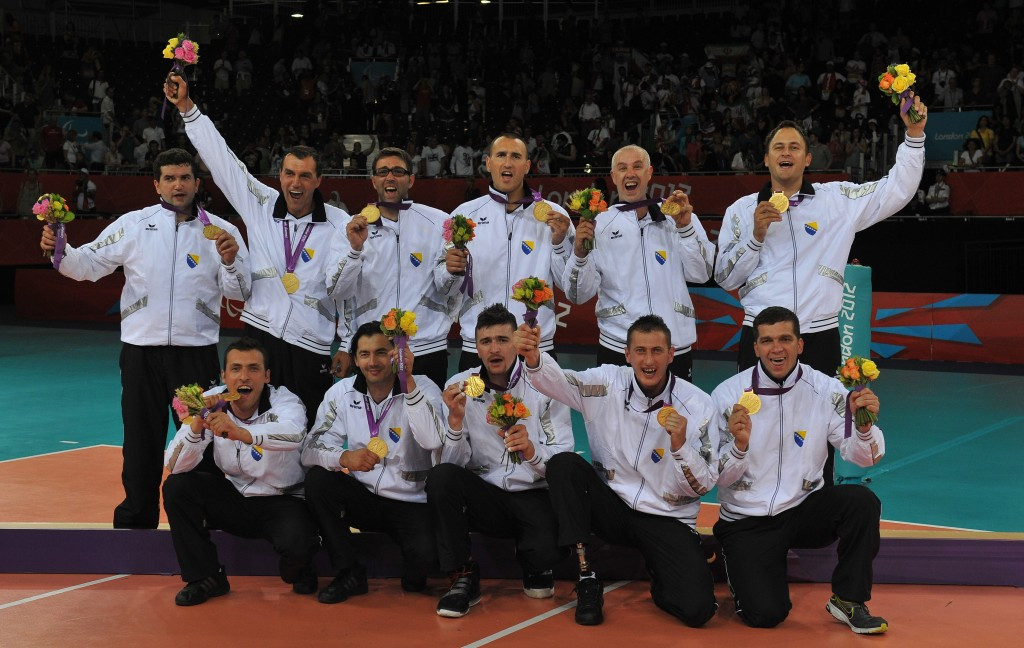 There will be repeats of both London 2012 sitting volleyball finals after the draw was made for the Rio 2016 Paralympic competition.

In the men's draw, heavyweights Bosnia and Herzegovina will collide with big rivals Iran in Pool B, in what promises to be a titanic affair.

The two countries have contested the past four Paralympic gold medal matches dating back to Sydney 2000, with Bosnia winning the bragging rights over five-time champions Iran in London.

Bosnia are also the reigning world and European champions, but the Iranians are the world number one side going into Rio.

Russia and China will complete Pool B, with hosts and world silver medallists Brazil headlining Pool A.

In the women's draw, China and the United States will meet in Pool B after fighting it out in the last two Paralympic finals.

World champions China came out on top on both occasions with Iran and Rwanda - who made history as the first African women's side to qualify for the Paralympics - completing the group.

Brazil, ranked fourth in the world, will play in Pool A with London 2012 bronze medallists Ukraine, Canada and Russia.

Sitting volleyball matches in Rio will be played at the Riocentro Pavilion 6 between September 9 and 18.

The top two teams from each group will progress to the semi-finals, with fifth to eighth classification matches also scheduled.