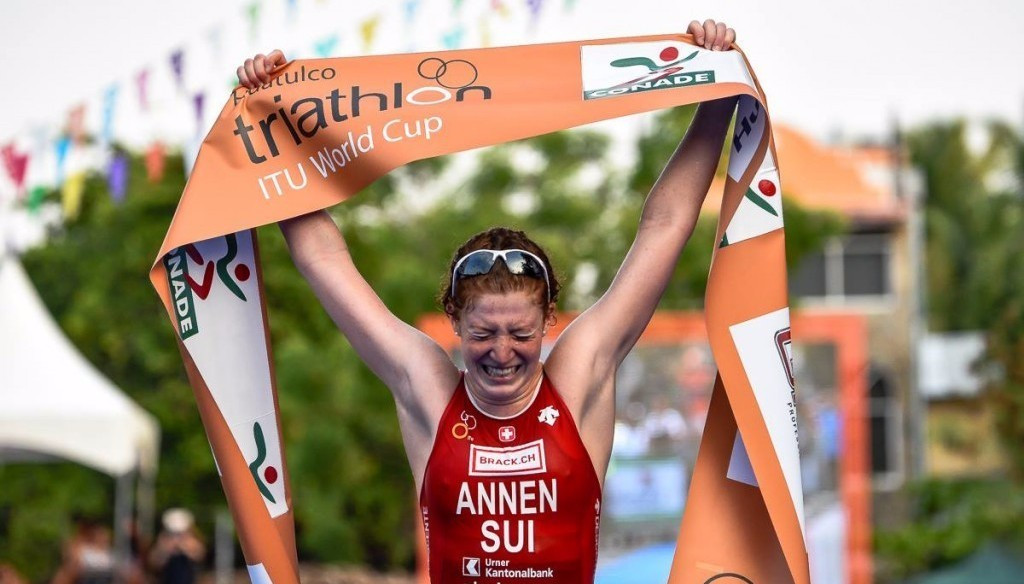 The 23-year-old led after the swimming and was among the top contenders on the bike, building up enough of an advantage to take into the run.

Nobody could stop her charge to the finish line as she went one better than her 2015 performance in Huatulco, when she won the silver medal.

As well as the heat, competitors had to cope with a steep hill climb during each lap of the cycling.

"I am really excited, I cannot believe it," said Annen.

"I was so disappointed after my last race in Cape Town, it was a really bad race and then I come here to Huatulco and I just can’t believe it.

"The hill for me is really good because in Switzerland we have mountains so I think it is very good for me.”

Annen was impressive on the final lap as she finished in a winning time of 2 hours 14 min 6 sec with Jeryzk coming home 13 seconds behind.

Yelistratova's bronze was particularly notable as she made up time following a flat tyre in the cycling.

In tough conditions, only 25 triathletes remained going into the run.

"The last five months were very stressful and this is a small souvenir for me," said Jerzyk.

"It is my first podium in my career, I am just so so happy."

The elite men's race will be held in Huatulco tomorrow.