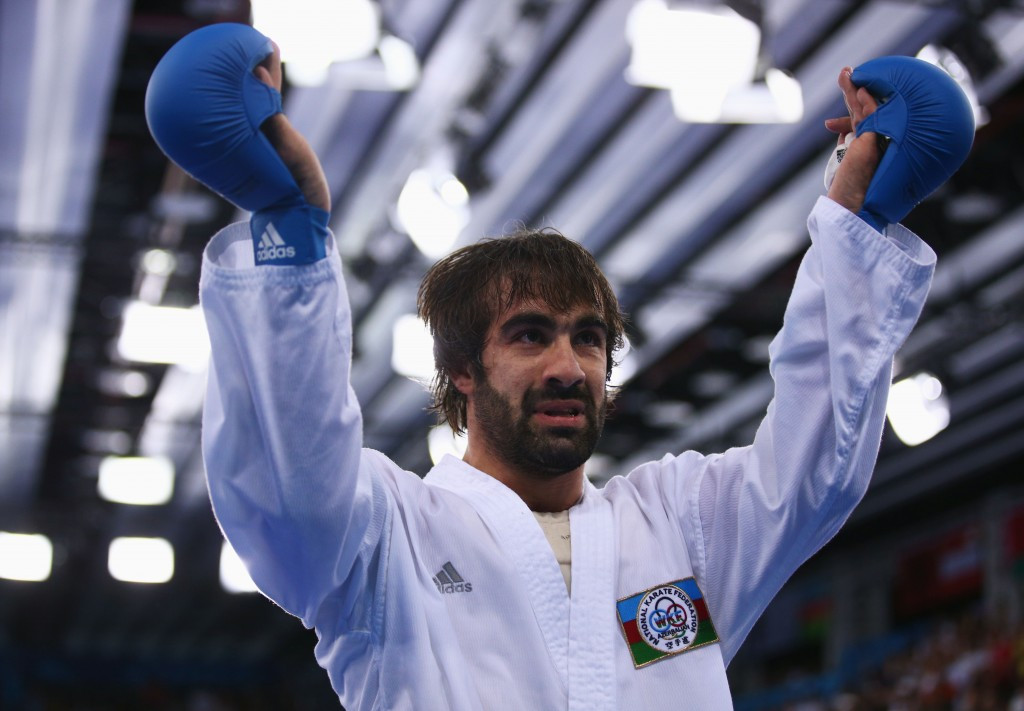 Azerbaijan’s Rafael Aghayev won his ninth European Karate Championship gold medal on the first day of finals at this year's edition in Montpellier in France today.

He beat Turkey’s Erman Eltemur to under 75kg gold to once again assert his dominance in the division.

“Karate is a big part of my life,” said Aghayev, a four-time world champion, after his 3-0 victory.

“I appreciate the support of my family and my fans, and those who help me be who I am.

“I would also like to thank the French fans for their cheers, they made me feel at home today and were fundamental in my way to gold.”

France had a good day in front of their fans as the hosts won four gold medals.

Alexandra Recchia won the female kumite under 50kg gold as she saw off Turkey’s Serap Ozcelik 2-0.

Lucie Ignace won another French gold in the under 61kg, with Anne Laure Florentin delighting the home crowd again with gold in the over 68kg.

Arguably the most exciting final of the day came in the women’s under 55kg, as Italy’s Sara Cardin beat Ukraine’s Anzhelika Terliuga in the last seconds of combat.

“This medal means so much to me,” she said.

“It is very difficult to keep on performing well at the highest level, and to be here today was already an accomplishment for me.

“She surprised me with her techniques which were difficult for me to stop, but I am proud because I did not break down.

“I had this disadvantage that I could not recover.

“At the end she was sanctioned and I was lucky enough to win.”

Spain came out on top in kata competition, as Damian Quintero and Sandra Sanchez triumphed in the male and female individual events respectively.