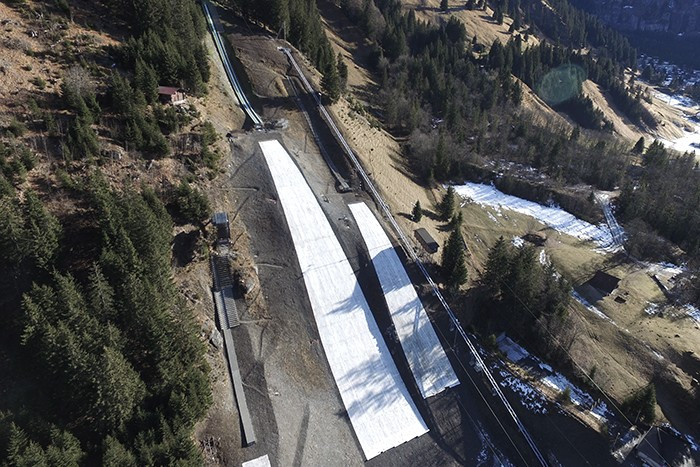 A new international standard ski jumping centre in Kandersteg in Switzerland is due to officially open with a special two-day event on July 31 and August 1, it has been announced.

Four-time Olympic champion Simon Ammann of Switzerland will be one of the headline names at the Helvetia Nordic Trophy, the first global competition to be held at the brand-new Nordic Arena.

Ammann, a double Olympic ski jumping gold medallist at Salt Lake City 2002 and Vancouver 2010, is expected to be joined by a host of top names from Switzerland, Austria, Germany and Norway at the event on August 1.

It will be held the day after young athletes get the chance to test the facility, which includes three hills.

The hills - which stand at 106 metres, 72m and 27m and are named Lötschberg, Blümlisalp and Bire respectively - have all passed International Ski Federation (FIS) regulations.

As well as the competition and the testing day, a round table discussion, autograph sessions, guided tours of the jumping hills and an opening party are scheduled to be held across the event.

The Nordic Arena in Kandersteg, a popular ski and tourism destination located in the Bern canton, will also serve as a training base for Swiss athletes.

It is also hoped the facility will begin to attract further international competitions, including stops on the FIS Ski Jumping World Cup tour.

They could also bid for future World Championships.

The announcement comes after building work on the three hills, which had taken two years, was completed.

Design work officially began in 2013 before the access road close to the venue was renovated the following year.

Construction was then fully commissioned in May 2015.

The Nordic Arena will become the third ski jumping hill recognised by the FIS in the European nation, joining similar facilities at Einsideln and Engelberg.