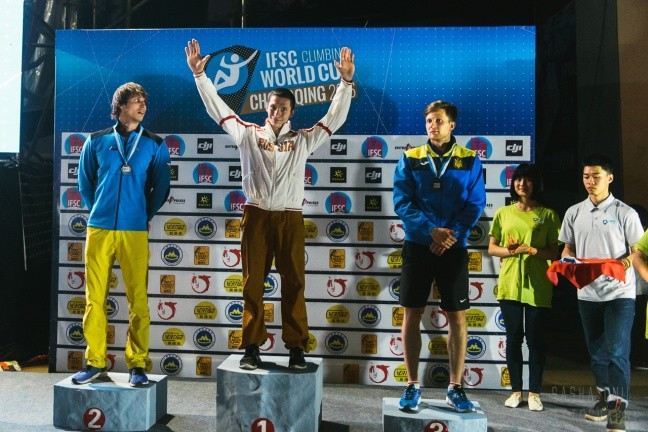 Britain's Shauna Coxsey made it a hat-trick of International Federation of Sport Climbing (IFSC) Bouldering World Cup wins this season by triumphing in Chongqing.

After winning the first two events of the season in Kazo and Meiringen, Coxey was similarly impressive in the Chinese city.

In the men's bouldering event, Japan's Tomoa Narasaki claimed the first World Cup gold of his career, finishing ahead of Germany's Jan Hojer and Jongwon Chon of South Korea respectively.

Danyil Boldyrev of Ukraine did enough for bronze by beating Marcin Dzienski of Poland.

In the women's event, current record holder and top-ranked Iuliia Kaplina triumphed by climbing one-and-a-half seconds quicker than Klaudia Buczek of Poland in the final.

Aleksandra Rudzinska, another Russian, slipped past Purnamasari Ita Triana of Indonesia for bronze.

A total of 40 climbers would take part at the Games.