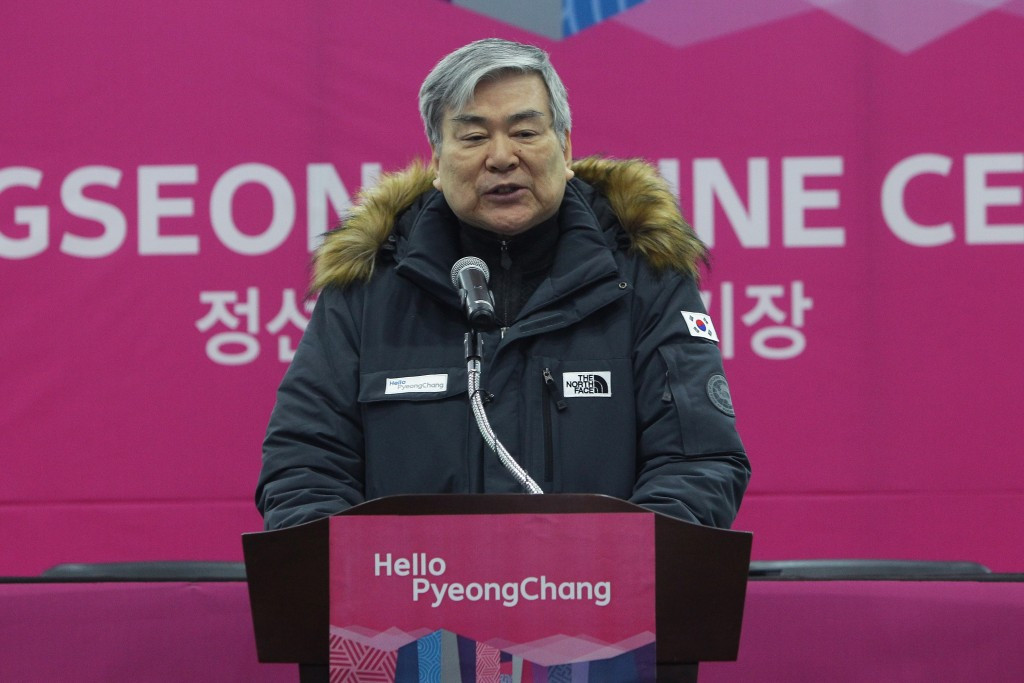 Pyeongchang 2018 President Cho Yang-ho has sensationally stepped down from his role with immediate effect.

In what represents a serious blow to preparations for the Winter Olympics in under two years' time, the Korean says he is leaving to focus on stabilising financial issues within the Hanjin Shipping company.

Lee Hee-beom, the former minister of Trade, Industry and Energy, has already been lined-up as a replacement.

Cho, chairman of the business giants Hanjin Group, took up the Pyeongchang post in July 2014 after the resignation of Kim Jin-sun, on the grounds that new leadership was required to complete preparations for the Games.

The Korea Table Tennis Association President has received praise for his management on key issues, such as the delays in venue construction and a dispute on the location of Olympic Stadium, and was credited with getting preparations back on track.

Under his leadership, Pyeongchang 2018 eased fears about the a lack of domestic sponsors by signing deals with of Korean Air, Samsung, Hyundai and SK Group as Tier One partners.

In February, Cho also led the hosting of the International Ski Federation (FIS) Alpine World Cup at the Jeongseon Alpine Centre, despite doubts in the build-up that the first official test event of the Games would be able to go ahead.

Cho, though, has now opted to stand down from the position to focus on his responsibilities with Hanjin Group, a mammoth conglomeration that includes the Hanjin shipping line and Korean Air.

He had initially turned down the chance to lead Pyeongchang 2018 due to those business interests, but with Hanjin Shipping, one of the Hanjin Group’s companies, now facing critical financial issues he will now focus on the restructuring of the company.

“For the past two years, I have truly put forward my very best efforts to work with every member of the Organising Committee to prepare a successful Olympic and Paralympic Winter Games in 2018,” said Cho.

“I can proudly say that Pyeongchang has become a strong team, and the challenges we have overcome have allowed us to achieve success at our first official test events this past February.

“I would like to express my sincere appreciation to the Korean people for their support of Pyeongchang 2018.

“I am confident that POCOG and the new leadership will move forward towards a successful 2018 Winter Games, I give my assurances that I will continue to support Pyeongchang through to the Games in 2018.”

Lee has already been picked as the new President as organisers seek to minimise the fall-out of Cho's exit.

He began his career as a Government official in 1972 and served as Minister of Trade, Industry and Energy from 2003 to 2006.

He then held executive positions at institutions and companies including the Korea International Trade Association, the Korea Employers Federation, STX Energy and STX Heavy Industries.

He is currently an advisor of the LG International Corporation.

"With such a diverse background of experience, he has the administrative capacity, marketing expertise and a wide network among the business leaders and communication skills to coordinate among the various levels of Government and different stakeholders - all required to lead the preparation of a complex mega-sports event," said a Pyeongchang statement.

Lee's appointment will need to be ratified by South Korea's Ministry of Culture, Sports and Tourism.

Cho’s departure will come as a blow to Pyeongchang 2018, who despite a recent period of success with their test events, were warned against complacency by International Olympic Committee (IOC) Coordination Commission chair Gunilla Lindberg last month.

Organisers were urged to establish distinct legacy plans for the facilities which will be used during the Winter Olympic and Paralympic Games, while the Commission stated they would closely monitor construction progress at non-competition venues due to tight deadlines.