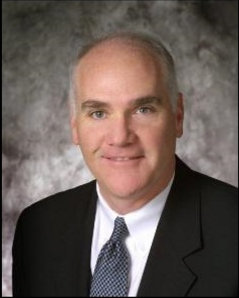 Rich Lepping has been re-elected as chairman of the United States Curling Association (USCA) Board of Directors.

Lepping, who is also the President of the Wisconsin State Curling Association, was initially elected as chairman in June.

He succeeded David Carlson, who resigned from the position for personal reasons, and has now been appointed for another term.

The USCA Board of Directors is comprised of 21 members elected throughout the United States.

Lepping will continue to work alongside Rick Patzke, the chief executive of USCA.

“It’s an honour and privilege to serve the members, athletes and stakeholders as we continue to build this great sport,” Lepping said.

“Having just finished an unprecedented season, winning five medals at international competitions, we will build on this success and ready ourselves for the 2018 Olympic Winter Games.”

Elsewhere, Courtney Schmidt was elected vice chairwoman of the Board while Mark Swandby will continue to serve as the USCA representative to the World Curling Federation.

Bred Jackson and David Russell were elected to the Governance/Nominating and Judicial Committees respectively.

“I congratulate all of those individuals who were re-elected to these USCA leadership positions, and value the skills, knowledge and dedication that they bring to this organisation,” Patzke said.

“I especially have appreciated working in close step with Rich over the past year, and was very pleased to see him re-elected as chairman for another term.

"We have made great strides together so far, and his leadership through some tumultuous times has had a very positive impact on the USCA.”

The United States has won one Olympic curling medal - a bronze for the men at Turin 2006.