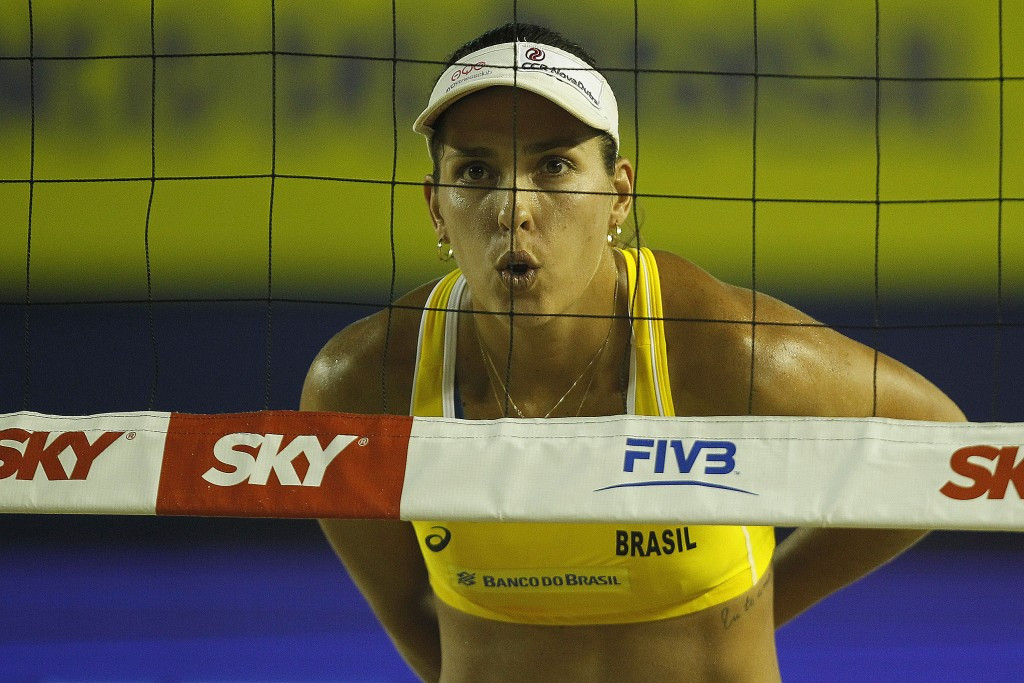 Five Brazilian pairs made it through to the quarter-finals of the women's competition at their home International Volleyball Federation (FIVB) World Tour event in Fortaleza.

Eduarda and Elize Maia were one of the home duos to progress as they saw off Argentina's 20th-seeded Maria Julia Benet and Virginia Zonta 21-7, 21-9 in just 25 minutes.

The pairing of Carol and Ana Patricia also made it through for Brazil after their win over compatriots Josemari Alves and Vanilda Leao, 21-19, 25-27, 15-10.

Joining them will be Rebecca Silva and Liliane Maestrini, 21-17, 21-14 winners over Americans Brittany Hochevar and Jennifer Fopma, and the pairing of Juliana and Lima who beat Germany’s second-seeded Laura Ludwig and Kira Walkenhorst, 21-7, 16-21,15-10.

Brazil's top seeds, Agatha Bednarczuk and Barbara Seixas, are out, however, with the FIVB world champions losing 21-17, 18-21, 15-13 to the US pairing Emily Stockman and Amanda Dowdy.

The home success bodes well for Brazilian hopes at Rio 2016, when beach volleyball is expected to be among the most popular sports.

Their team-mates Oscar Brandao and Andre Loyola came through against another Canadian team, Grant O’Gorman and Sam Pedlow, to win in two sets 21-10, 21-19.