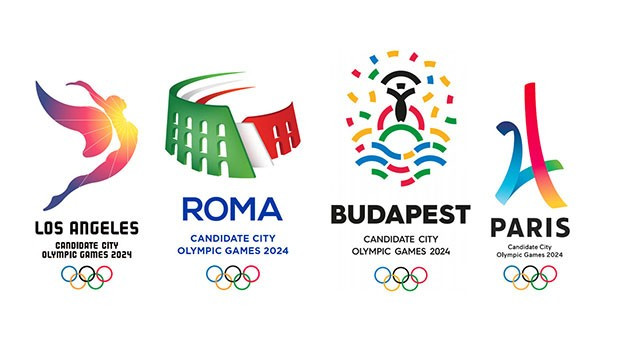 An International Olympic Committee (IOC) 2024 Evaluation Commission Working Group has completed four days of meetings in Lausanne to analyse the first part of the Canadidature Files submitted by the four cities vying to host the Olympic and Paralympic Games.

The findings of the Group, chaired by Namibia's Evaluation Commission chair Frankie Fredericks, have not yet been made public but will be submitted to the IOC Executive Board ahead of its next meeting on June 1 to 3.

Feedback will then be given to each of the four cities - Budapest, Los Angeles, Paris and Rome - via video conference later in June in order to "enable the cities to course-correct their respective projects should they so wish".

This forms the final part of the first stage of the IOC's reformed bidding process, entitled "Vision, Games Concept and Strategy" which was introduced for the first time this cycle as part of their Agenda 2020 reforms.

The Working Group reserve the right to recommend that a city "defers its candidature to a later campaign".

Such cities would leave the Candidature Process for 2024 and all rights would cease for those not selected, with a debrief held between the IOC and the concerned cities and National Olympic Committees to "further assist them and define future goals".

This seems unlikely to happen, however, with Fredericks claiming all four offer "very strong" bids.

“What we have learnt from our analysis of the Candidature Files from stage one is that we have four very strong Candidate Cities for 2024," said the former four-time Olympic silver medal winning sprinter.

"Each Candidature File reflects the reforms of Olympic Agenda 2020 by putting sustainability and legacy at the heart of the project.

“Our next step will be to share our feedback with each city so that they can adapt their projects still further.

"We are very happy with what we have already reviewed.”

Each of the bidding cities have challenges at this stage.

Paris' foremost concern relates to security following last year's deadly terrorist attack, while Rome is seeking to retain political support ahead of Mayoral elections shortly after the IOC Executive Board meeting on June 5.

Leading candidate Virginia Raggi of the populist Five Star Movement claimed the Italian capital should postpone its bid due to chronic financial and infrastructure problems, while it is possible a referendum could still be forced on the bid.

Los Angeles, whose bid is boosted by a privately funded venue plan and strong public support, still face concerns over anti-American sentiments within the IOC as well as the possibility that Republican front-runner Donald Trump - who is hugely unpopular in much of the rest of the world - could be elected President later this year.

Budapest, the only contender to have never hosted an Olympics before, will be seeking to improve the publicity of a bid that has so far proved the lowest profile of the four.

All four were present to meet with voting IOC members and other stakeholders during last week's SportAccord Convention in Lausanne.

They will each expect to progress to the second, "Governance, Legal and Venue Funding" stage of the process later this year ahead of the submission of the second part of their Candidature Files on October 7.

This will be followed by a third stage on Games Delivery, Experience and Venue Legacy.

A final choice will be made at the 2017 IOC Session in Lima.