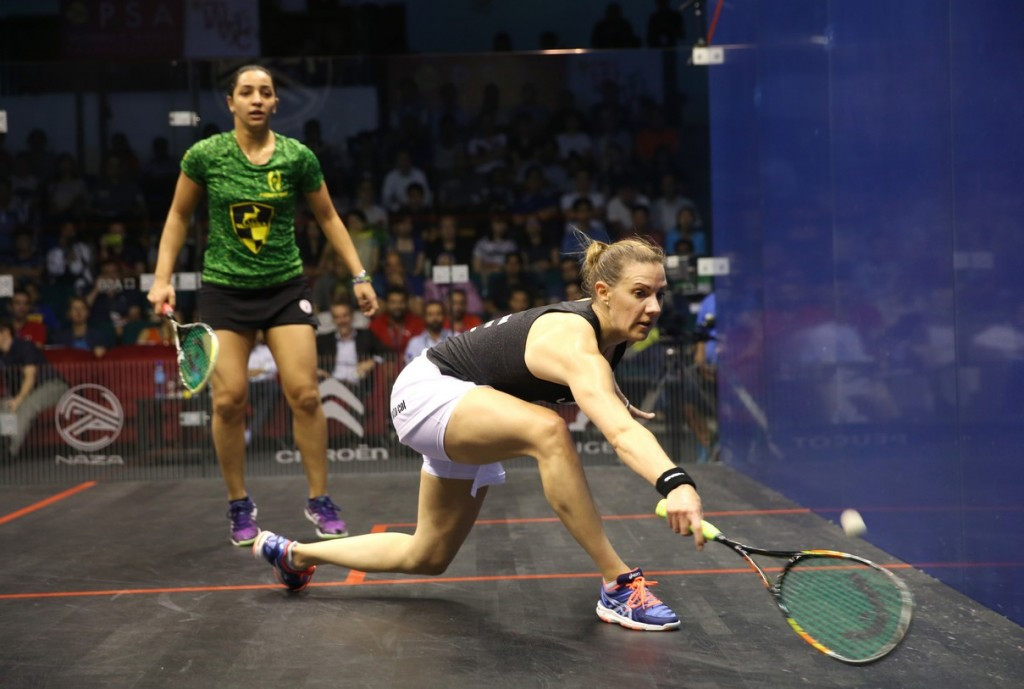 The top two players in women's squash will meet in the World Championship final after both came through their semi-finals in Kuala Lumpur today.

She will now meet another Egyptian in world number two Nour El Sherbini, who breezed past her compatriot Nouran Gohar 11-5, 11-5, 11-5 in just 29 minutes.

It means this year's final will be a repeat of the 2013 showpiece, when 32-year-old Massaro won her maiden world title.

Massaro, a triple Commonwealth Games silver medallist, eased to the opening game in her clash but the lead then changed hands multiple times.

"I think Raneem and I always have battles and she’s such a good player," she said.

"If you don’t play her in exactly the right way then you get severely punished.

"I’ve played two World Championship semi-finals on a tie-break against her so I guess that was going through my mind because, if I had done it before, I knew I could do it again.

"It would be amazing [to become World Champion for a second time].

"All week I have been saying that you can’t win the World Championship in the first or second round but you can certainly lose it.

"All I’ve done is given myself a chance and that’s really exciting for me."

El Sherbini, who is yet to win the world title, backed up her superb quarter-final win over eight-time champion Nicol David of Malaysia.

"Me and Laura have played a lot against each other and she is playing really well this tournament," said the 20-year-old.

"We always play out five games, but I’m going to keep going the way I am.

"I am going to give it everything and I’m sure it is going to be a good match.

"I really want to win this tournament, for my country, for Raneem and Nouran and for everyone.

"I really want this badly so I am going to give it everything and hopefully it will be mine this time."

The final will be played in the Malaysian capital tomorrow.