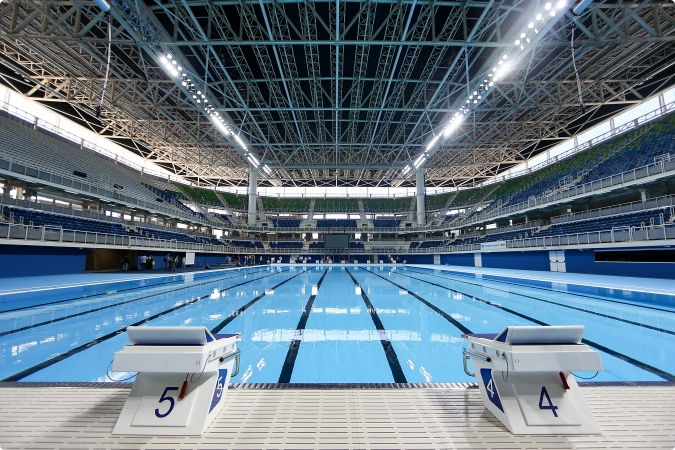 The Olympic Aquatics Stadium will be the focus of attention when the Rio 2016 water polo test event takes place this week.

The venue will have to comply with rigorous rules for the Olympic water polo competition, including temperature requirements.

"The people here - coordinators, supervisors and staff - are no different to the athletes and we are preparing everything for the Games."

The groups for the men's and women's Olympic water polo events at Rio 2016 were drawn earlier this month following the conclusion of the final qualification tournament in Trieste in Italy.

The United States will be chasing a second successive gold medal in the eight-team women's tournament after victory at London 2012.

The majority of the round-robin games will take place in the renovated Maria Lenk Aquatic Center.