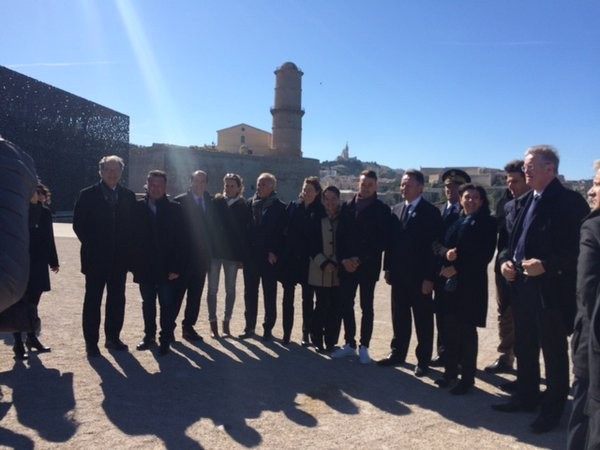 A high-level delegation from Paris has travelled to Marseille today, the city due to host sailing competition during the 2024 Summer Olympic Games.

A group led by Paris Mayor Anne Hidalgo along with the Bid Committee co-chairs Bernard Lapasset and Tony Estanguet will visit the picturesque Marina Marseille, the planned location for the sailing regatta in the Mediterranean port city.

They are also due to hold a Board Meeting at the Palais du Pharo.

This reaffirms the "strong national focus of the bid and the commitment to host a Games’ for the whole of France", a statement claimed.

Conditions at the Marina is seeking to provide the "optimal platform for world class competition at the 2024 Games and the stunning seascape will offer an incredible sun-drenched backdrop - providing amazing broadcast opportunities".

Football matches are also scheduled for the newly renovated, state-of-the-art, Stade Velodrome, which will also host six matches at Euro 2016 later this year.

"The official visit of the Paris 2024 delegation to Marseille underlines our commitment and desire to highlight the strong passion and love for Olympic sport across France," said Lapasset.

"This is a bid for France and the French people and we are encouraged by our conversations and the progress we have made today.

"We are very impressed with Marina Marseille and the Stade Velodrome - these outstanding venues will add a great deal to what will be a fantastic sporting spectacle should we be given the opportunity to host the Games in 2024."

“The City of Marseille is thrilled to welcome Mayor Hidalgo and the Paris 2024 delegation," added Gaudin.

"As the two largest cities in France, Paris and Marseille have a strong and unique bond and we’re delighted to play an important part in the bid by providing two incredible venues in Marina Marseille and the Stade Velodrome.

"The people of Marseille stand together with the whole of France in support of the Paris 2024 bid.”

Sailing was voted off the Paralympic programme after Rio 2016 but a campaign is currently underway to have it restored for the Games in 2024.

Paris is locked in a four-horse race to host the Games along with Budapest, Los Angeles and Rome.

A final decision is due to be made at the 2017 International Olympic Committee (IOC) Session in Lima.