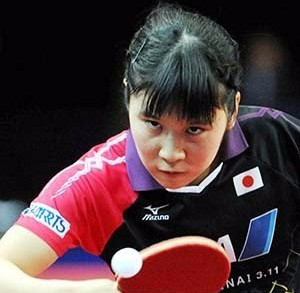 Japan’s Miu Hirano overcame Yu Mengyu of Singapore to become the third youngest ever winner of a women's International Table Tennis Federation (ITTF) World Tour crown as she clinched the Polish Open with a dominant victory at the Torwar Hall in Warsaw.

Her triumph saw her banish the demons of what has been a disappointing season to date, including an early exit at the recent Qatar Open at the hands of the Singaporean.

The youngster never looked in danger of suffering defeat in the final as she proved far too strong for Yu, who had reached the tournament’s showpiece contest with a stunning 11-9, 11-9, 11-6, 6-11, 11-8 win over top seed Kasumi Ishikawa of Japan.

The success for Japan continued when Jun Mizutani defeated top seed, Germany's Dimitrij Ovtcharov, in the final of the men’s singles competition.

Mizutani, the six-time World Championships bronze medallist, dropped the first game but recovered to take the next three to move to within one of sealing the Polish Open title.

Ovtcharov, the Olympic bronze medallist in singles at London 2012 and the inaugural European Games champion following victory in Baku last year, launched a brief fightback to cut the deficit to one.

Earlier on the final day of the competition, Japan had  claimed the men’s doubles title as Masataka Morizono and Yuya Oshima beat compatriots Koki Niwa and Maharu Yoshimura in straight games.

Although the eventual margin of victory was commanding, Morizono and Oshima were made to work hard for their win, particularly in the opening game.

Once they had edged in front, however, they always looked likely of sealing gold and topped the podium as they were on the right side of a 16-14, 11-8, 11-8 scoreline.

The only Polish Open title not to go to Japan was the women’s doubles as South Korean pair Jeon Jihee and Yang Haeun took the honours in the event with a 11-4, 12-10, 11-7 win over Li Qian and Li Jie of The Netherlands.