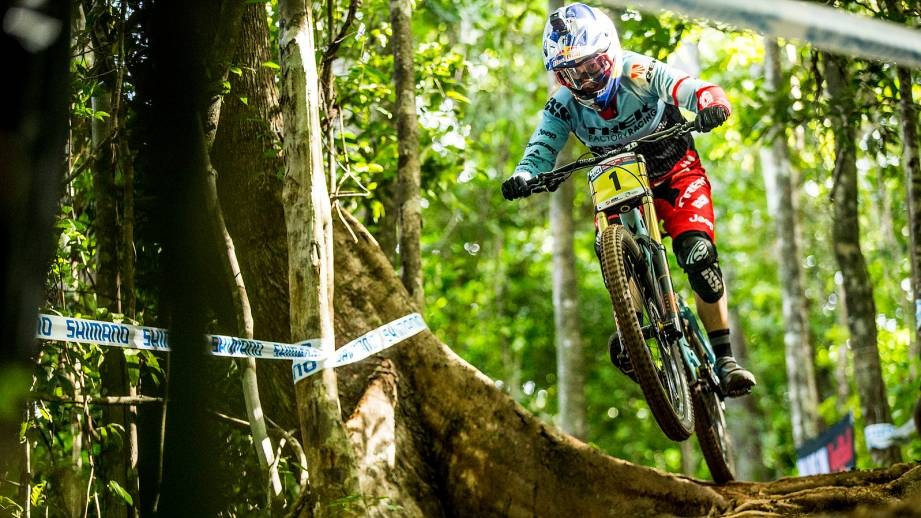 Britain’s Rachel Atherton continued her impressive start to the International Cycling Union (UCI) Mountain Bike World Cup season as she won the downhill event during the latest stop on the calendar in Cairns in Australa.

The world champion was again in ominous form and completed the tricky course in a time of 3min 48.566sec to finish seven seconds ahead of nearest competitor Tracey Hannah of Australia.

The home rider pipped another Briton, Manon Carpenter, who finished third in 3:58.372.

Atherton’s success was her second straight triumph after she reigned supreme in the first downhill competition of the season in Lourdes in France earlier this month.

“That final pedal was a killer! she said.

"I heard the commentator say 7.5 seconds down and I was really disappointed, I’d felt like I had a good run, I panicked.

“I’m glad I got that wrong, and of course I’m ecstatic to win but at the same time there’s a part of me that’s gutted for Tracey – I know how emotional it is to win on your home turf and she rode a great race.”

In the men’s downhill race, French rider Loic Bruni claimed his maiden World Cup victory as the Australians were again denied a gold medal, with Troy Brosnan having to settle for silver.

Bruni completed the course in 3:23.696, 0.493 seconds in front of the Australian in a thrilling conclusion to the event.

Michael Hannah, also of Australia, came through to secure the bronze medal in 3:24.620.

The French star was just 0.03 seconds adrift of Schurter, winner of the gold medal at the inaugural European Games in Baku last year.

The bronze medal went the way of two-time Olympic gold medallist Julien Absalon of France, considered one of the greatest of all-time in the cross country discipline, as he finished in 1:28:11.

The next UCI Mountain Bike World Cup competition is scheduled to be held in Albstadt in Germany on May 21 and 22.