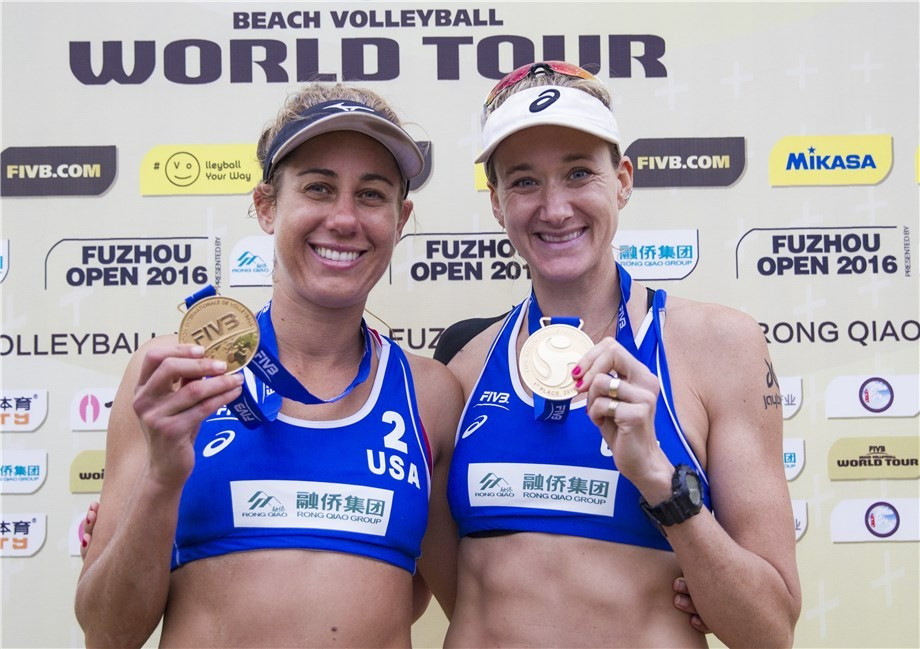 After compatriots Philip Dalhausser and Nicholas Lucena had wrapped up the men’s crown yesterday in the World Tour event, the American pair continued  their country’s dominance of the event, overcoming Laboureur and Sude in straight games 21-15, 21-15.

They came out firing in the first set, racing into a 6-2 lead and it was an advantage they never relinquished.

The second set proved to be a much closer affair, both teams playing their part in a series of thrilling rallies.

The German team kept pace with their American opposition for large parts of the set and traded points with Walsh-Jennings and Ross, who could not quite replicate the form of the opener.

The US pair managed to crucially edge 14-12 ahead thanks to a perfectly-placed smash from Ross, which turned out to be pivotal as it set a platform for them to go on and secure a superb triumph.

The result maintains the impressive showing from the duo in this year as they have now finished on the podium in every event so far in 2016 as their bronze medal at the Xiamen Open last week came after they had taken gold at the Rio Grand Slam and silver at the Vitoria Open.

The defeat for Laboureur and Sude marked the second consecutive Fuzhou Open where they had ended as runners-up.

“It means we’re improving, that’s the bottom line, that’s all we want to do every single weekend,” said Walsh-Jennings, an Olympic gold medallist at Athens 2004, Beijing 2008 ad London 2012 with former partner Misty May-Treanor, who has now retired.

“It’s so important for us to play these teams because to win a gold medal in Rio you have to get there to the gold medal match and all these teams are going to be in our way.

“We’re learning, we’re working with them, we’re letting them elevate our play, but it feels really good.”

Joana Heidrich and Nadine Zumkehr of Switzerland earned bronze after opponents and team-mates Isabelle Forrer and Anouk Vergé-Dépré were forced to withdraw due to an injury to the latter.