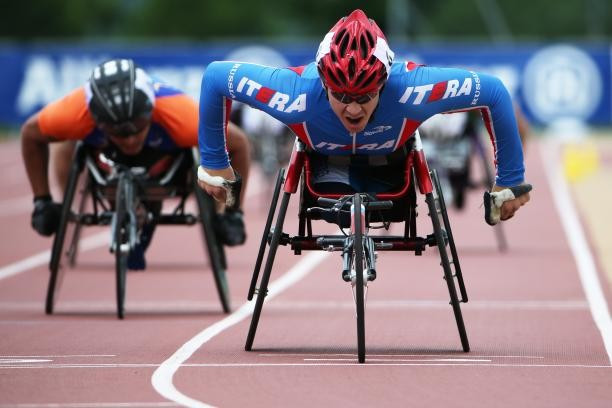 Russia’s Alexey Bychenok continued to justify his decision to switch from biathlon to the track as he picked up his third gold medal on the final day of the International Paralympic Committee (IPC) Athletics Grand Prix in Beijing.

Bychenok, winner of a Paralympic silver medal in the biathlon at Sochi 2014, had already claimed victory in the T54 400 and 1500 metres events and sealed his hat-trick with another commanding performance.

China’s Guohua Zhou was among a trio of athletes from the host country to set world leading times on the track as the fifth stop on the IPC Athletics Grand Prix calendar drew to a close.

She powered home in 26.09 to clinch the gold medal in the T11 200m, with compatriot Yiting Shi clocking 29.69 to win the T36 category over the same distance.

Yanzhang Wang followed suit in the F34 shot put event with a best attempt of 11.07m and Guofeng Kang’s 13.90m was enough to top the podium in the F42 classification.

In the women’s F40 shot put, Fengju Zhang threw the furthest distance recorded this year as her effort of 7.55m saw her take the gold medal.

Yalong Zhao kept up the Chinese monopoly of the field events by winning the T46/47 high jump as he cleared 1.80m to secure the title.

Lijuan Zou also managed to end the meeting in style as she threw 19.80m to win the women’s F34 javelin.

There was also double success for Malaysia.

The next IPC Athletics Grand Prix is scheduled to take place in Tempe in the United States on May 13 and 14, an event that will be held in conjunction with the 2016 Desert Challenge Games.