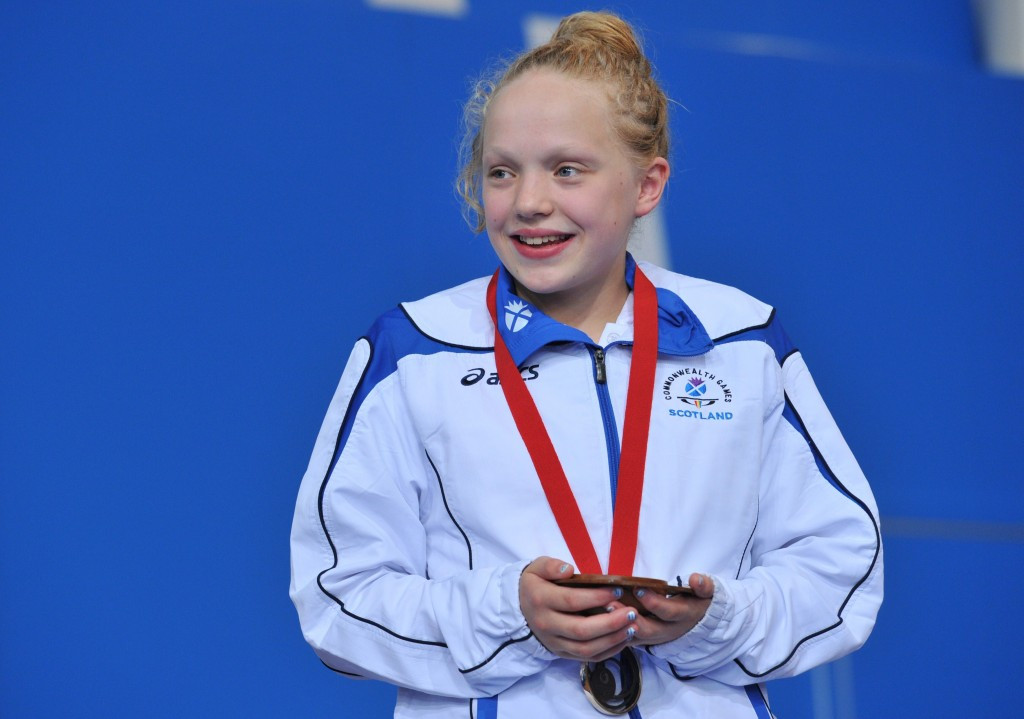 Britain’s Erraid Davies’ hopes of competing at this year's Paralympic Games in Rio de Janeiro appear to have been dashed after she was declared ineligible for a qualification event following reclassification.

The 15-year-old, bronze medallist in the 100 metres breaststroke SB9 event at the Glasgow 2014 Commonwealth Games, was ruled out of the British Para Swimming International Meet, which got underway yesterday at the Tollcross International Swimming Centre in the Scottish city.

The event forms a key part of the qualification process for British swimmers for Rio 2016.

Davies was the youngest-ever competitor when she represented Scotland at the Commonwealth Games and became a media celebrity following her performance at Glasgow 2014.

She was recently tested by medical experts in Glasgow who declared her disability was not severe enough for her to take part in Paralympic competitions.

She will undergo another classification process in the coming months and it will then be up to the selectors to decide if she can compete at Rio 2016.

“In line with IPC classification process, Erraid Davies of Delting Dolphins in Shetland, undertook a classification review at Tollcross International Swimming Centre, and has been deemed ineligible to compete in the forthcoming British Para Swimming International Meet,” a Scottish Swimming statement read.

"Standard protocol following such a review outcome is for Erraid to be seen again and arrangements are being made for this.

"While Erraid and her family are extremely upset and disappointed with the outcome, they welcome the opportunity of a second review and both Scottish Swimming and British Swimming are supporting them at this time."

Davies has Perthes disease, which affects joints and bones, and has difficulty walking as a result.

Her father David admitted the family were disappointed and hopes the matter is cleared up sooner rather than later.

“In one way we are very happy [that she has been classified as able-bodied], but we know the pain that Erraid suffers quite regularly and she has difficulty walking any long distance,” he told the Shetland News.

“It’s a really distressing time for Erraid because since the Commonwealth Games she has been under extra pressure to get a qualifying time for Rio [2016] and now she may have lost that opportunity.”