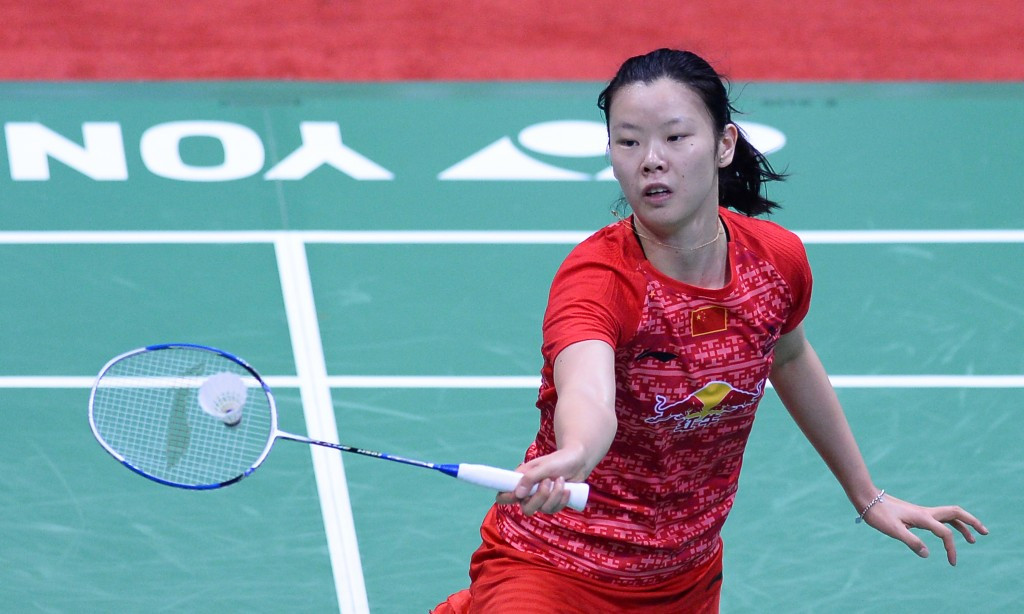 The Olympic champion and top seed conceded the first game against Japan's Ayumi Mine before normal service resumed.

It was a day of few surprises with Pusarla Venkata Sindhu, the Indian fourth seed, also reaching the last eight thanks to a 21-9, 21-7 success over Chinese Taipei's Yu Chien-hui.

China's former world junior champion Sun Yu, the fifth seed, also made it into the next round.

The 19-year-old He Bingjiao, another Chinese player who won two gold medals at the 2014 Summer Youth Olympics in Nanjing, is also through.

In the men's draw, there was further success for China's big names in round three at the Olympic Sports Center Xincheng Gymnasium.

The second seed will be joined in the quarter-finals by top seed and double world champion Chen Long, with his compatriot seeing off team-mate Shi Yuqi 21-16, 21-10.

The two big names remain on collision course and will meet in the final if everything stays to form.