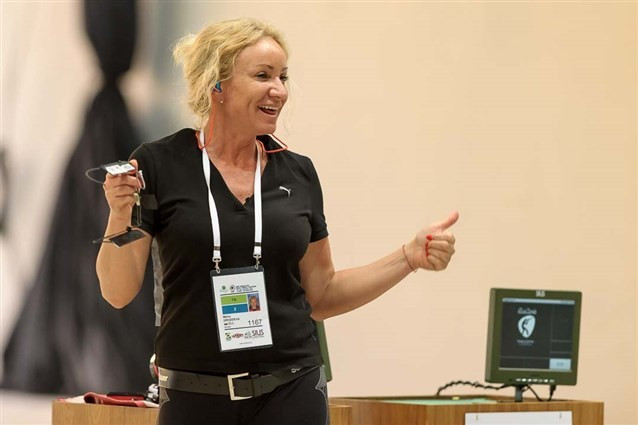 The 43-year-old Bulgarian last topped a podium at World Cup level six years ago in Belgrade but was in fine form in the test event for August's Olympic Games.

Grozdeva, the gold medallist in the discipline at both Sydney 2000 and Athens 2004, is also the President and founder of the Bulgaria Shooting Union (BSU).

She becomes the first person to hold such a role to win a World Cup gold.

After qualifying with the best semi-final score at the at the Olympic Shooting Centre, she prevailed over the current world ranking leader Zhang Jingjing of China.

"It’s the first time that the President of a Shooting Federation wins a World Cup Gold medal,” Grozdeva, who established the BSU in 2013, said.

“Actually, I’m more a shooter than a President now, as I’m training really hard for the next World Cup stages in Munich and Baku.

"But I am also very lucky to have many people helping me with my job.

"We started from scratch three years ago, so we obviously have a lot of things to do."

In the battle for the bronze medal, Ukraine's Olena Kostevych saw off Germany's Monika Karsch 8-6.

She claimed four consecutive points in the last two series and added to the gold medal she won in the 10m air pistol on Sunday (April 17).

The World Cup is due to continue tomorrow with the 50m men's rifle prone final.