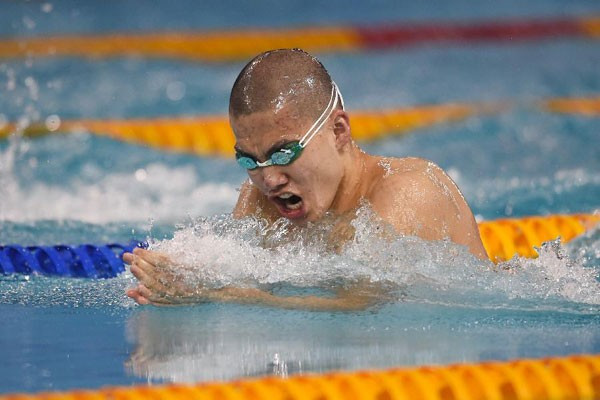 An independent auditor closely involved with the case of cyclist Lance Armstrong has been appointed to review the International Swimming Federation’s (FINA) anti-doping practices, it was revealed here today.

The official, who FINA are currently refusing to identify, is due to begin work with the governing body within the next “two or three weeks”, according to FINA executive director Cornel Marculescu.

They are scheduled to report to the FINA Bureau at its meeting on August 5 in Rio de Janeiro, which will discuss any recommendations made and decide whether or not they should be implemented.

The unnamed auditor has already met with FINA President Julio Maglione, they claim.

FINA have promised to reveal the auditor's name shortly.

Armstrong was banned for life in 2014 and stripped of his seven Tour de France titles after he was found guilty of systematic doping throughout his career.

The move comes amid the furore surrounding heart-attack drug meldonium, developed in Latvia and which was added to the World Anti-Doping Agency (WADA) prohibited list on January 1 this year.

One of the most high-profile athletes to have tested positive for the recently banned substance is four-time world swimming champion Yuliya Efimova, who had her appeal to overturn her suspension in time for her to compete in Russia’s Olympic trials turned down by FINA.

It followed WADA being forced to clarify the situation regarding meldonium, which prompted criticism as their statement increased the chances that athletes facing doping bans could avoid punishment if below one microgram of the substance was detected and their failed test came before March 1.

“Doping is an important issue for everybody,” said Marculescu.

“The independent person has a high rating in this environment.

“He is going to look on at how we are running the doping issues and decide whether it is an issue we have to improve or not.

“We are open to anything and we are going to conduct this independent checking on the way the doping activities are run in FINA.”

Marculescu also claimed the reason for Chinese duo Wang Lizhuo and An Jiabao failing drugs tests was because their cases involved clenbuterol, which could have been contracted through the meat in the country.

The pair were among six swimmers from the Asian country to test positive, announced by the Chinese Swimming Association (CSA) in March.

The CSA came under fire for their leniency towards Wang and An as they were issued with only warning penalties rather than suspensions, a decision which could yet be appealed by FINA.

They controversially returned to the pool only a week after their positive tests were announced as they competed at China's Championships and Olympic Swimming Trials in Fushan.

It followed reports in British newspaper The Times, which alleged failed tests from Chinese swimmers were being covered up.

“We know the quality of meat by generate positive analysis,” Marculescu said.

“We don’t decide yet whether we appeal and are looking together with WADA to find out what happened.

“Shortly we are going to come up with a decision on that.”